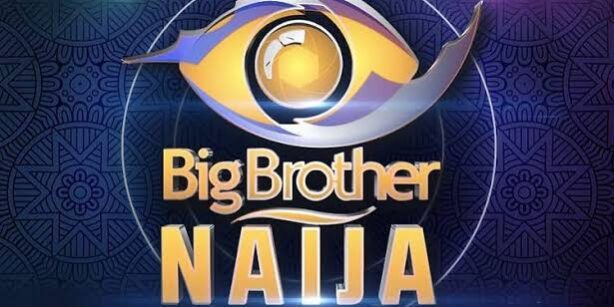 Big Brother Naija have aired 24/7 for 90 days last night, and believe it or not, there are lessons to take away from watching the housemates for this long. While many would prefer to think that there’s nothing to gain from watching the show, these 15 lessons beg to differ.

Here are 15 takeaways from the Big Brother Naija show as Day 90 clocked:

If you didn’t already get this lesson from past seasons of Big Brother Naija, maybe you’ll understand it now. This year, the house thought Maria was the alpha female and would make it into the finals. She also believed this and underestimated other female housemates like Queen and Angel. Interestingly, she was evicted at the beginning of the sixth week. Both girls are still in the house after surviving series of eviction. In fact, one of them reached the final day.

Perhaps, everyone was guilty of underestimating Yousef. He made it into the seventh week and was in the eighth week since he was not up for eviction the next Sunday. He has gone from one of the housemates the fans wanted to leave to making it to the top 10.

2. Bad behaviour will catch up with you

Bad behaviour will eventually catch up with you – no matter how much you try to hide. If you are doing things people would frown at, you should probably quit before it gets too messy. Take Boma and Tega, for example. They had to have known that their relationship was sort of taboo, and people would frown against it. Yet, they convinced themselves they were creating content and giving the fans what they wanted. Instead, their actions came back to bite them in the butt, lost them the chance to win N90 million and gave them a bad name. Tega now has to fight to make things right with her husband and keep her home, while Boma holds on to everything to keep his name clean.

3. The way to a man’s heart isn’t always through his stomach

Africans like to say that the way to a man’s heart is through his stomach. However, the dynamic between Pere (the General) and Whitemoney (The resident cook) has proved there might be some exceptions to this thinking. Despite all the hard work Whitemoney puts into making sure the other housemates are well fed, Pere seems bent on sending him packing. Interestingly, the General will eat the food, then turn around to create problems for White or put him up for eviction.

Unlike in the military troops — where the most important person is the General, Pere was not announced as the eventual winner of the 90M Grand Finale Prize.

4. Having a strategy for everything is key

Over the years, housemates have preferred to go with the narrative that they have no strategies – but having a game plan for life and games is supposed to be a good thing. This year, Pere, Boma and Whitemoney have not hidden the fact that they are handling the game with a plan. And no matter how you view it, it has mostly worked for them. Retrospect on mind game to the viewers, and you see a well plotted script acted by the trio. Though, the game was for one winner.

5. Love is not always enough

We hear this a lot, but it never seems to sink in. This year, Saga and Nini’s one-sided love is proving it to us again. Saga has clearly fallen head over heels in love with the Nigerian-Indian beauty. However, it does not seem to be enough to win her over. Nini has stuck to her guns and remained faithful to her partner out of the house. This has left Saga with his unrequited love and a lesson for viewers.

Don’t go to out-of-sight and out-of-love apprehendedness. A true love doesn’t fall out of sincerity and commitment as a result of time bound distance. True affection is not just about Love, it goes beyond…

6. Don’t judge a book by its cover

This rings truer than ever for Angel. The 21-year-old has stirred up conversations in and out of the house for her mode of dressing and tattoos. Yet, hard exterior or not, fans seem to love her. This is because, at her core, she’s proven to be kind-hearted, soft, and genuine. Contrary to what many may think, Angel’s style or tattoo barely even begins to scratch the surface of who this young lady really is.

She explored all possible ways to make it to the final call but fate had it in another narration. Yet, her one shouldn’t address her in a realm of how Angel dressed.

7. When it’s your time, everything will align

Liquorose, JayPaul, and Whitemoney have tales of coming close to getting into the house in previous seasons but falling through. Yet, they made it into the house this year and got to face improved living conditions and the chance to win even more money. Clearly, this was the right time for them to be on the show, and they are better for it.

Try to keep things easier. Don’t force things to happen. When your time comes, you will have all things working in your favor. Many people failed to reach the destination of their breakthrough because they couldn’t exercise patience and uphold integrity.

8. Most talked about is not necessarily a good thing

Just because you are the queen of highlights or people talk about you does not mean they like you. Until Maria left the house, she was at the top of the conversation. Yet, only a few people were voting for the former airhostess. Similarly, Tega and Boma have been the hottest topics of conversations at most of the weeks during the “Shine Ya Eyes” show, but it has not been flattering.

Not all that glitters are gold. Most of those who hail you while on the stage are not genuinely happy — there are certain level of realities that down on you when you discover you were just being applauded to be derailed. You wail, in the end.

9. Relationships are always messy when it’s a game

Relationships are hard enough, but they are more complicated when people make them into a game. This season of Big Brother Naija simply reminds viewers to be upfront about their feelings and avoid playing games with other people’s emotions. It never ends well.

You shouldn’t build any relationship on vagueness, vile and shallow background. A relationship built on deceit, biliousness and disbelief will never bring happiness to the beholder.

10. Don’t take up a fight that’s not yours. It could backfire

This has been a recurring issue this season. Someone hears something, and then says it to another person. Alternatively, someone is fighting and others take sides or actively join in the fight. Sometimes, fighting for someone is noble. Other times, it’s just plain stupid. If you have to take on a battle that was not originally yours, do well to weigh the pros and cons.

A bigger picture of curating lesson from such scenario is the fight ignorant political followers engage on to defend their paymasters. So many people had lost friends to politics just because they see 6 and 9 in dissimilar manners.

This sounds like a joke, but it’s crucial for several reasons. Apart from being an essential life skill, housemates like Whitemoney have proven that you can buy people over with food. If you know how to cook in a place others don’t, you already have the advantage. You just have to know how to use it well.

12. Being original will never go out of style

Housemates like Cross, Liquorose, and Angel have won several hearts across the continent with their originality. Fans will confirm that Cross and Angel seem genuine, so it’s easier to connect with them. It’s just one more reminder to stay true to yourself. Or as Simi puts it in her Original Baby song, “No matter the pressure, be yourself”.

Respect Igbo people anywhere they are. They are the smartest anywhere. Dudes’ heads are full of strategies to make money. One wouldn’t be surprised WM won the 2021 edition. First, he made his sobriquet something attached to money. That is one Unique Selling Point. Secondly, he sold out humility and ‘coolheadedness’; of which I know it was all a decoy. He might not be humble in the real sense of character.

White Money Igbo brothers were pushing the beats for him. One wouldn’t miss out by coming across some restaurants that hoisted posters with the caption “Vote White Money as you eat”. This was a groundbreaking strategy. With that, they have been able to sell some kind of mental appeals to customers effortlessly. As you are eating, the inscription comes to your mind.

15. Nigeria Youths dedicated their resources to the beyond expectations

The Chief Strategist and host of the reality show, Mr Ebuka Obi-Uchendu returned as host for the 5th consecutive season. At the Grand Finale, he announced, while appreciating Nigerians, that they recorded over 1 billion votes during the 2021 season. Do we still complain of bad leadership when we exert our energy of reality show? The choice is yours to take.

It’s best to learn from these housemates who have opted to show the world their flaws than learn by making them yourself. Big Brother Naija ended on Sunday, 3rd October 2021. As one of the housemates walked away with N90 million, you should also walk away with new life lessons, at the very least.