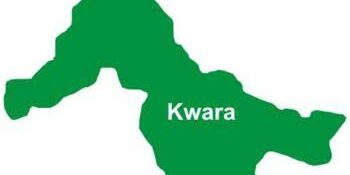 The new development in Kwara State politics has called for more concerns than ever. The outflow of purported lies by the unknown faces parading themselves as the Alpha and Omega of Kwara North Politics needs to be addressed so as not to allow miscreants to represent the interest of the good people of Kwara North in a way that will sabotage our progress and development.

It is worrisome that a news platform cooked up a story to claim that People of Kwara North thrown weight behind the executive governor of Kwara State, Mallam AbdulRahman AbdulRazaq for Second Term in office come 2023. This is what they have been doing repeatedly to delude Kwarans especially the Northerners from the common voice of the people that 2023 is for Kwara North.

In the said rally, less than one-quarter of the concerned stakeholders present. How on Earth could such bantam congregation influence the aspirations of the good people of Kwara North? The medium could only fly the untrue story to regenerate sympathy and to frame the people of Kiama as faction who are not in support of our common agenda “Kwara North for 2023”. 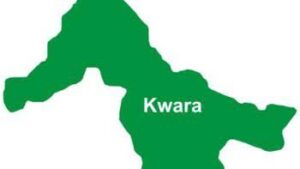 If repetition was the only thing that influenced what we believed we would be in trouble, but it is not. Our minds are prey to the illusion of truth effect because our instinct is to use short-cuts in judging how plausible something is. Often this works. Sometimes it is misleading.

Once we know about the effect we can guard against it. Part of this is double-checking why we believe what we do – if something sounds plausible is it because it is really true, or have we just been told that repeatedly? This is why elites are so mad about providing references – so we can track the origin on any claim, rather than having to take it on faith.

Repetition pushes the average item up the scale, and increases the odds that a statement would be categorised as true. For statements that were actually fact or fiction, known or unknown, repetition made them all seem more believable.

Kwarans are well informed about the farcical attempts of those who do not want the agenda to come to reality. For the saying that if you repeat a lie often enough it becomes the truth. And without looking farer one may start to see that some people are taking advantage of this foible of human psychology.

Kwara North has been enduring the ill-treatment for long and it not going to happen again that we will jettison our interest for any camp whatsoever. What initially buried the simmering political crisis before the 2019 polls was the deep-seated anger against the political hegemony of the past dynasty. So, it is a case of ‘let’s first chase away the wolf and come back to look after the hen.’

Kwara Northerners should emphasize their sole objective for a Kwara Northerner to contest and emerge as the Governor of Kwara State in year 2023. I urge all the people of the zone to key into this sole objective and note the fact that ‘Power is Never Served A-La-Cart’, hence the people should rise up to the challenge and do everything possible and legal to clinch the governorship seat of the State in the year 2023.