An open letter to Vladimir Putin, President of Russia RE: Your invasion of Ukraine 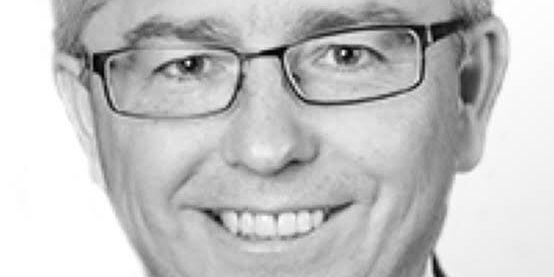 An open letter to Vladimir Putin, President of Russia RE: Your invasion of Ukraine:

I know you won’t listen to me. After all, you have enough nuclear weapons to destroy the entire world, and Ukraine is traditionally a part of Russia so you have every historical right to annex it. You’ve also said that there are neo-Nazis in Ukraine who you are trying to depose and get rid of their influence, and I fact-checked this and it’s actually true. You also reject the claim that you’ve invaded Ukraine and I’ve fact-checked that and that’s true too. It seems like the whole world is lying about you and what you’re doing. They’ve also forgotten to mention that there are parts of Ukraine who are fighting alongside Russia, clearly meaning it’s not actually an invasion. There has been no declaration of war so it’s not a war. Some people just seem to like to lie!

The world knows that the main reason that Ukraine are fighting is because of USA. USA gives them $400 million per year (we know that figure because that’s how much Donald Trump withheld when he was impeached for trying to make Ukraine investigate Hunter Biden) and they want a return from their investment. Precisely what USA demands from Ukraine is anybody’s guess, but certainly USA won’t be happy if Ukraine falls to Russia. After all, Ukraine, or at least $400 million per year worth of Ukraine, belongs to USA right now, and have done since 2014 when Barack Obama started funding them. Donald Trump asked for a return from his investment in the form of investigating Hunter Biden (who was guilty, as the contents of his laptop proved) but got impeached over it, but this president, Joe Biden, wanting Ukraine to go to war with Russia over it and causing the loss of many lives is apparently perfectly fine. Hmm. Doesn’t seem right, does it?

And what is the point of the war? Ukraine are severely outmatched and if Russia wanted to win the war a single nuke would spell the end of it. Ukraine’s people don’t want to fight, only their politicians, and perhaps whoever is getting that $400 million per year from USA. The shared corruption of Ukraine with USA is what is causing the bloodshed. We are well and truly aware of it. USA does a similar thing in Israel.

You want Ukraine to commit to being a part of Russia again? Or at least being friendly like the former Russian territories of Belarus and Kazakhstan are (who are both fighting on your side against Ukraine)? Or do you just want Russia-friendly parts of Ukraine to go back to Russia?

Either way, this loss of life is terrible.

Is the annexation terrible? Probably not. Most Ukrainians don’t really care too much about independence either way, as they are racially and culturally Russian anyway. They can still be Ukraine within Russia and still have their own cultural identity without being a separate country.

So what do you need to do? Can you withdraw? Well, I know you won’t do that. If the whole of Europe and USA can’t convince you, then what can I do? But can you at least get it over and done with quickly? Don’t draw it out. Take Kyiv and force Ukraine to surrender as quickly as possible to prevent loss of life.

But perhaps I shouldn’t be talking to you because I’m not going to convince you.

Why are you fighting this unwinnable war? Do you want to take a few Russian scalps before you go down? Do you think that USA will pay you money at the expense of your own people’s lives? What the hell?

But will you listen? No. I probably should be talking to someone else.

You, sir, are an idiot. You stuffed up the withdrawal from Afghanistan and let the Taliban not only take over, as they were inevitably going to do, but you also gave them all of your military equipment. That was quite possibly the dumbest military manoeuvre of all time. But now you have decided to outdo yourself by threatening Russia not with nukes or even by putting troops in Ukraine, but with some impotent sanctions and putting troops in frigging Poland??? Are you stupid? You may as well have sent Putin a letter to tell him to go ahead and invade the whole of Ukraine. Doing nothing at all would have been more meaningful than what you did.

And now you are encouraging Ukraine to fight. Why? You’re not helping them, nor is anyone else. You just want Ukrainian lives to be lost just so you can hurt Russia a little bit.

I hope you are as dumb as you look because the alternative is that you’re evil.

I can forgive you for lying about Russia and pretending it is an invasion or even a war, and, heck, some people are claiming it is World War III. Why not lie? Russia are your enemy and you lie about your enemy. But you are causing your ally’s lives to be lost.

Ukraine is going to lose anyway, so why not tell them to surrender? Save lives on both sides by pushing for a surrender.

You alone can do something about this. You alone can get the Ukrainian president and all of his political allies to have safe passage out of Ukraine and let them come to USA. If you don’t, they are just going to be tried and executed in Russia, and how awful would you be if you allowed that to happen. You could open your borders to all of Ukraine’s citizens to come to live in USA.

You could do so much better than encouraging war, you warmongering evil piece of s**t