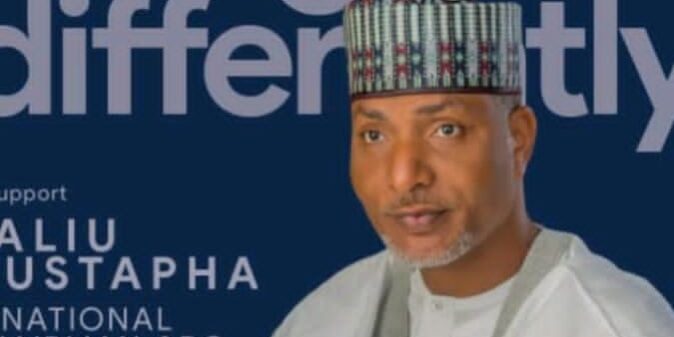 Nigeria and Nigerians need leaders who can effortlessly accelerate progress in a toxic and divided environment. As a people, there is, as matter of urgency, a need for a unifying leader in the age of divisiveness. Any nation, institution — especially, political parlance — whose people are divided into haves and have nots or driven to take refuge in silos cannot possibly perform and deliver with excellence or experience the kind of fulfillment that its citizens deserve. It is a leader’s obligation and responsibility to unify such an institution and ensure that everyone is compelled to be fully engaged in fulfilling the common purpose and making all and sundry feel appreciated for what they bring.

If there is one thing I am sure of that the personality of Turaki of Ilorin would do differently in all facets of All Progressive Congress (APC) national leadership roles across the width and length of the nation, it would be breaking down the silos and unifying the towns and gowns in the party to wield the challenges faced by the ruling party. In all ramifications, he would effortlessly inspire them by making the party’s success across the country and members welfarism, be the highest priority, no matter what specific challenges the party may be facing.

Sometimes in 2020, during the heat stage of the scourge (Covid 19) ravaging the world, I was a team member of the Saliu Mustapha media team, in all honesty, the work wouldn’t have been appreciated until we had a tete-a-tete engagement with my then principal, Mallam Saliu Mustapha. He revealed uncommon brilliance, elegance and resourcefulness and stood afront, as a man with vision, charisma, capacity and most importantly, being God fearing personified. He reflected on his life, he schooled us of the times that he found himself in organizations or communities that were divided and more concerned about their own individual or small group goals at the expense of the greater good. Mallam Saliu Mustapha narrated a case of one such situation where he was in a team that was racially divided, economically retrogressive, politically handicapped and financially prostrated, but with his creative and sound reasoning, patience and resourcefulness coupled with patience, humility, fortitude, fairness, a sense of vision, and being a good listener, he became a buffer and the differences were sorted out while the sense of ‘no victor no vanguished’ prevailed. In that situation, his presence averted natural disaster; his intentional intervention was in order to unify the organization before any real progress could be made. That is leader APC needs!

Mallam’s vision is simple. In the race, he is out to birth specific turn-around. At a time the party needs a fresh mind, an unburdened soul and a pure heart, his personality ticks all the boxes. His transparency is a top-notch and he has no skeleton in his cupboard unlike hundreds of today’s political leaders. As the National Chairman of the All Progressive Congress (APC) party, he would be able to convince all groups of talented individuals—who had heretofore been more interested in, and more adept at, optimizing their functional or political silos and cliques than optimizing the dividend of democracy to all Nigerians as a whole—to come together as a united team to achieve something that they collectively considered to be worthwhile. Doing things differently. 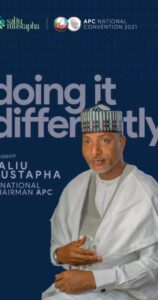 Surely, Mallam understands that, unifying people and compelling them to set aside their differences in favor of a greater cause that inspires them may sound like a “nice thing to do” and it may conjure up an image of people holding hands and singing “wizkid’s Made In Lagos.” But, as anyone who has successfully led a divided institution to come together as a united team knows, doing so successfully is anything but touchy feely or soft. It requires the courage to challenge the status quo in which everyone has found security and stability up until that point, as well as the persistence and resilience to keep moving forward in the face of opposition from all sides. For a better Nigeria, it takes an authentic level of commitment to do what’s right for the citizens, but it also demands the discernment and finesse to do it in such a way that it does not invalidate the individuals in the political party structure from head to bottom or diminish their sense of belonging.

Our political parlance is so immersed in indepth disproportionate cage with an urgent need to be rescued by a sound mind, visionary leader and digitally inclined personality. The leadership of the country is going to be more outstanding if the leadership of the party is cleansed of aberration. Mallam Saliu Mustapha standout beyond being a common politician, he single-handedly finance a foundation for community development with millions of naira and enlivening hope, smile and laughter to countless souls. He loves empowering youth and supporting the dreams of women and children. He has a cranium that fits the cap.

Having looked at the mindset and behavior I have observed in Mallam Saliu Mustapha on both ends of the spectrum, and his experience as he had the privilege of unifying the institutions that he had been a part of, no doubt, the leadership traits, as accelerators of unity and progress in the party cannot be overemphasized. He has the leadership acumen to deliver successfully come 2023 general election while Nigerians would be amazed on how early, genuinely and diplomatically, the crisis berating the party acrossboard could be resolved. All states of federation would feel new dawn and fresh breath as his leadership would be devoid of nepotism, tribalism, religious bigotry, insensitivity and insentience, egocentrism and favoritism.

He is blessed with tremendous empathy; the ability to relate to the hopes and aspirations, and especially fears, of various constituencies is an absolute. He is ready to redefine, refine and reshape the party in the hearts of Nigerians, as he knows, it is particularly important for the leader to go out of his way to truly understand the concerns of the people in the party who are not like him and view themselves vulnerable under his leadership.

He is a leader who sees the world from different points of view, this, is to facilitate dialogue and incite behaviors that enable those who consider themselves different from others to see the merits of the ideas and concerns of others, and help to find common ground by magnifying the qualities and values that bond people while working hard on reconciling the legitimate issues that divide them.

A major assignment of Mallam Saliu Mustapha is to amplify the voice of the voiceless. This is particularly important as the bid for power is prevalent in this era. His ideology and philosophy says, “it is incumbent on the leader to ensure that those who feel emboldened by their perception of the leader’s style and preferences understand that they don’t have the power to impose their preferences on everyone else. It is equally important for those whose voice has been diminished to know that the leader will amplify their voice and equalize the balance of power between seemingly opposing sides”. For APC, he would be doing things differently and greatly.

He would consistently speak and behave in accordance with the values he aspires to promote and routinely and authentically own up to his own flaws and make course corrections: there is no better way to perpetuate this behavior and make it okay for others to practice it than for him to practice it himself. He believes that, leaders must welcome and encourage open dialogue and criticism of themselves and make it okay for that kind of dialogue to take place out in the open, rather than being driven down into the safety of small groups who agree amongst themselves.