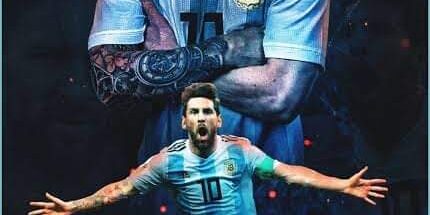 It is history for Lionel Messi as he lifts his first senior International trophy. He does it 16 years after making his debut for Argentina. Argentina end a 28-year major title drought as they beat Brazil 1-0 in the Copa America final. Argentina have defeated Brazil in the Copa América final for the first time since 1937, equalling Uruguay’s record as the most successful nation in the tournament’s history in the process (15 titles). And they did it at the Maracanã

Lionel Messi’s Argentina beat Brazil 1-0 in Saturday’s Copa America final to secure the national team’s first title in 28 years and the superstar’s first major international trophy and named player of the tournament after his four goals in the competition.

Argentina’s winning goal at the Maracana Stadium in Rio de Janeiro came in the 22nd minute after Rodrigo de Paul made a long pass to Angel di Maria. The 33-year-old veteran striker counted on some sloppy defending from left-back Renan Lodi to take control and lob it past goalkeeper Ederson.

It was only the third goal Brazil conceded in the tournament. Neymar tried hard with dribbles and passes, but the Selecao barely threatened Argentina goalkeeper Emiliano Martinez.

Messi, 34, dropped to the ground in joy at the full-time whistle and was swiftly mobbed by his team-mates, before being hurled in the air in celebration, as he finally claimed top-level honours with his country in his 10th major tournament.

Messi had a chance to sign off the win but slipped with the goal at his mercy, in what would have been the perfect finale for the Argentine captain.

Defending champions, Brazil were disappointing, with their only chances of note coming when Richarlison and Gabriel Barbosa forced saves from Emi Martinez.

In a contrast of emotions, Messi’s opposite number 10 and former Barcelona team-mate Neymar sank to his knees in tears at the final whistle, as his own personal pursuit of international success continues, having missed Brazil’s 2019 Copa win through injury.

The pair, who played together at the Nou Camp between 2013 and 2017 before the Brazilian’s move to Paris St-Germain, embraced in a long-lasting hug while they waited for the trophy ceremony.

The game was watched by a small crowd of 7,000 invited guests, because of Covid-19 restrictions, but was the first of the tournament to have spectators in attendance.

The sparse home supporters made their voices heard, though, particularly every time Messi touched the ball, booing and jeering the forward.

The tournament, delayed by a year because of the coronavirus pandemic and moved from initial co-hosts Colombia and Argentina, was switched to 2019 hosts Brazil in a last-minute decision which received criticism in light of a surge in coronavirus cases in the country. 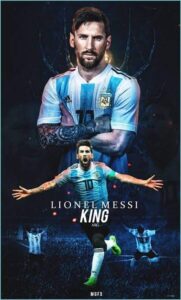 Messifinally shines on international stage.
It was clear from the ecstatic Argentina celebrations at full-time, with Messi the focal point, that this squad’s drive to triumph against their old rival was as much for their legendary forward as it was the nation.

It has been 15 years since Messi first represented Argentina at a major tournament and after four World Cups and six Copa America appearances, taking in 53 matches, he finally has the major international title he – and his country – has craved.

Despite being one of the most decorated and brilliant players of the modern era – and arguably all time – with 10 La Liga titles, four Champions Leagues and six Ballons d’Or, questions over his lack of impact on the international stage have hung over his legacy.

And while many will say his greatness has been cemented, regardless of what he achieves with Argentina, this lengthy wait for a maiden senior trophy with his country will go a long way to silencing any doubters.

Repeated failures with Argentina have been painful for the forward, who went as far as announcing his retirement – before later reversing the decision – after losing a second consecutive Copa America final in 2016, his third defeat in the final of the competition and coming just two years after suffering a loss in the 2014 World Cup final.

He was not explosive against Brazil, with few opportunities to get on the ball after Argentina showed defensive resolve once taking the lead in a niggly game disrupted by 41 fouls, but he carried the ball well, particularly in the latter stages, to help relieve pressure.

Questions about his immediate future will now continue to be asked, with Messi now a free agent after his Barcelona contract ended two weeks ago – although Barca have stepped up their attempts to keep hold of their star man with negotiations continuing.

There also remains the prospect of Messi going for what would likely be his last chance of winning the World Cup – something Argentina have not done since 1986 – should he lead his country out in Qatar at the age of 35 in December 2022.

Your versatility envelopes my heart to cherish you beyond measure, Dear Biodun Lawal
June 24, 2021