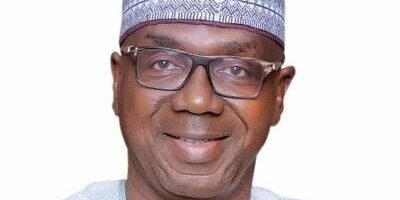 Looking at the political climate in the state of harmony, one must have been unequivocally suspecting change of narrative, again, in the parlance of the polity. Meanwhile, the change is not, to Honourable Ibrahim Akaje, an exit of the people’s loving and youth friendly governor out of the Kwara State Government House come 2023.

Honourable Akaje who is known in the state and beyond as the grand convener of #Akajemyrepmovement has enlisted mouthwatering facts to silent the critics of the executive governor of Kwara State, Mallam AbdulRahman AbdulRazaq and assuring the populace to be unmoved with the politicking going around the airwaves mostly at the leadership of the ruling party — All Progressive Congress (APC).

Akaje in his most recent viral article noted…

*”AA will succeed with or without you- Akaje Ibrahim”*

A prominent All Progressive Congress (APC) chieftain and former Federal House of Representative Aspirant from Ilorin West-Asa Federal Constituency, Hon. Ibrahim Akaje has advised youths to restrain themselves from jumping into conversation between elders and leaders of the party, declaring that Governor Abdulrahman Abdulrazaq will suceed with or without those fighting him.

He urged the youths, particularly those being used to heat up the polity with distorted information on the social media to retrace their steps and focus their energy on building the youth constituency through active participation at the grassroot level, sound political engagement with decency and support those who support the youths to grow like the Kwara State Governor.

While reacting to the ongoing controversy within the APC, especially based on online reaction to the first major comment of Governor Abdulrahman Abdulrazaq at a book launch in ilorin, recounting the truth about what transpired even before the 2019 election, Akaje said the Governor’s public comment is right and factual and it is long overdue for the governor to speak on the matter.

“You know the governor is such a quiet person and those with distorted information has been allowed for too long, to try to confuse people, but if the leader has not spoken like he just did, some of us may not want to jump the gun”

According to Akaje, “some people gave us all sorts of labels just because we choose silence to avoid cumbersome ambiguity, some on the other hand told us to remain silent, that only the end justify the means, but the Governor’s comment is right and proper to set the record straight.

” Now that the governor has spoken on the matter, we can now speak and I will urge young people, especially those on social media to restrain themselves from destroying their personal integrity based on what they know nothing about, because everything they saying online today, will be used against them some day”

“As youths, we must ask critical questions that has link to our political growth and development not the cork and tail type that is occupying the cyberspace now”.

Akaje maintained that, while we must continue to ask critical questions that will advance the youth, building our political strength from grassroot and active engagement in the upcoming Congress will be a more practical approach to strengthen ourselves.

He concluded that, Governor Abdulrahman Abdulrazaq remain the leader and If Allah so wishes, no mortal can stop his reelection in 2023, because if politics is indeed a game of number, governor Abdulrahman has no rival ahead of the next election as Kwaran are more politically informed about good governance that has direct impact on the citizens judging from his two years performance in office.

What is your view?