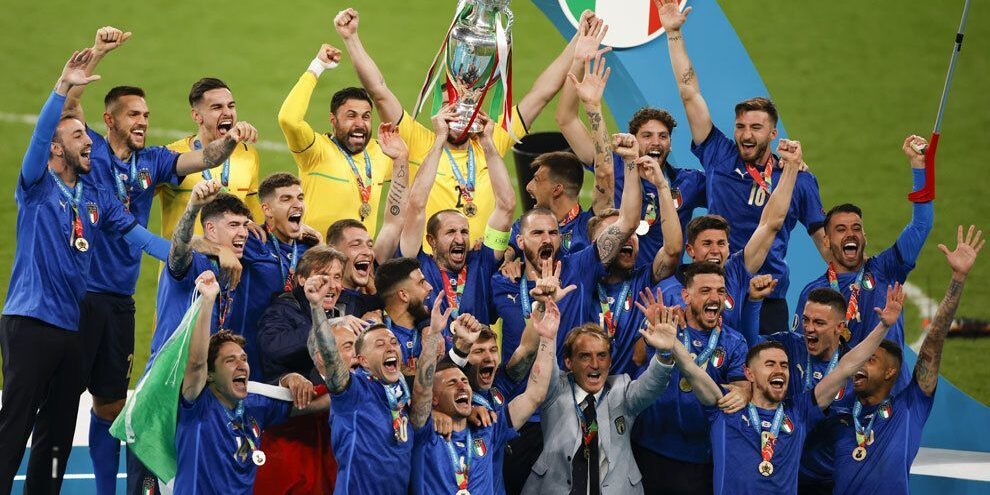 What started on June 11 ended last tonight, July 11: Italy took on England at Wembley Stadium in London in the final of the 2020 European Championship. Both sides aimed to end long droughts as they met on Sunday.

Gareth Southgate’s England hope that a partisan home crowd will help them lift a first major trophy since winning the 1966 World Cup at the old Wembley.

It is important to note that, England had great outing in the just concluded tournament. An excellent performance by the three lions. The idea that they are failure is biased. They faced an hungry and angry team with possibly more tact, wits and strength than them — Italy are now unbeaten in 34 games and winning next two games would make them the highest and longest unbeaten run by any country.

Italy won the European Championship for the first time since 1968 as Gianluigi Donnarumma saved two penalties. I must confess, the tighty whities, self-pantsing celebration would be uneasy to defeat. Italy have never lost against England at a major tournament.

After a 1-1 draw over 120 minutes, Donnarumma saved from Jadon Sancho and Bukayo Saka — Marcus Rashford also missed by hitting a post with his spot-kick — to give Roberto Mancini’s team glory in London.

Having been outplayed early in the game, Italy grew in strength with coach Roberto Mancini making greater use of his substitutions than his England counterpart Gareth Southgate, who sprung a tactical surprise before the game.

Southgate made one change to his starting team from the semifinal win against Denmark by selecting Atletico Madrid full-back Kieran Trippier ahead of Arsenal’s Saka, enabling his side to play with a three-man defence.

That tactical switch allowed Shaw and Trippier to play as advanced wing-backs and the plan paid dividends inside the opening two minutes when Shaw opened the scoring with his first international goal.

The Manchester United defender started the move in his own half by passing to Harry Kane before sprinting towards the Italy penalty area. Kane, meanwhile, moved the ball to Trippier on the right flank and the former Tottenham full-back delayed his cross long enough for Shaw to arrive at the far post and score with a half-volley past goalkeeper Gianluigi Donnarumma.

Italy have been arguably the team of the tournament, sweeping through the group stage with a perfect record before knocking out Austria, top-ranked Belgium and Spain to reach the final.

Revitalised since Mancini took over after their embarrassing failure to qualify for the 2018 World Cup, the Azzurri are on a remarkable 34-match unbeaten run.

Behold, the cup lost direction to Home and decided to switch its journey back to Rome.