God can do the unthinkable 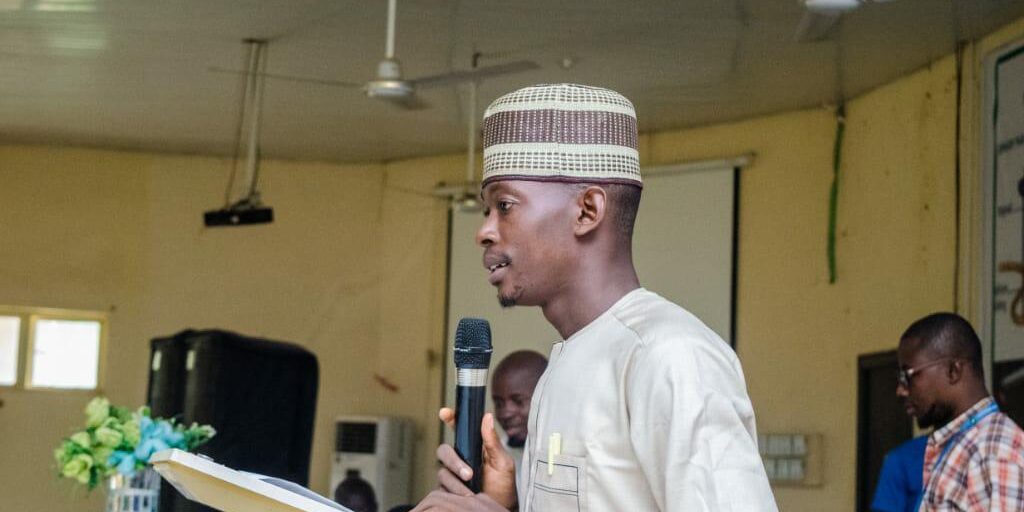 Are you facing a seemingly impossible situation? Is what you’re asking God for seem unlikely to come to pass? Is your faith being tested?

Perhaps, you feel completely trapped, hedged in and overwhelmed, with no solution in sight. Maybe you’re confronted with a challenge where there is no resolution. Or, your heart is heavy with doubt as you can’t figure out what to do next, for there appears to be nothing you can do about what you now face. On an emotional rollercoaster, you could be wondering, “How can things change for the better?”

However, impossibilities are the platforms upon which God does His best work. Have faith. With man it may be impossible. But with God, all things are possible.

In a village, many decades ago, there lived a Fisherman called God is the most prudent (Olohun Lógbón). He was very a smart middle aged man, hardworking person and blessed with high sense of humor and diligence. No single person in his village can contest his uncommon modesty and humility.

Even in the neighboring communities, the inhabitants did wish for meeting this rare breed and any chance available thereof to meet with this sage, they embraced it with full joy and happiness. He was loved by all.

In his village that was known by both immediate and remote dwellers as a community of fishermen due to all round encircled riverine body, he was unarguably the best and most successful fisherman amongst others.

During the usual raining season, when others were catching fishes of different sizes and shapes, his hooks would catch the biggest and marketable fishes from the water body. At some points, his gains would be enormous to the extent of dashing few of his friends to put smile on their faces. What a generous man!

Meanwhile, while dry seasons did come with low volume of water body and aquatics would be scanty, he would hunt for fishes and come home with fishes as much as he could carry. It used to be great and hilarious scenes to all and sundry. Yet, he would be heard saying “Olohun Lógbón” anywhere any time.

Nobody else him would have fish at home and some of the high chiefs in the kingdom decided to connive with the hunters to implicate him in a way that he would not sail through. The traducers plotted many unimaginable plans but he came out unscathed. Unbelievable!

The news got to the king after being brainwashed by the high chiefs that Olohun Lógbón is fetish, that his breakthrough and success in fish farming should be cut off else the whole kingdom would be controlled by the big head fetishist.

One sunny afternoon, the king invited the villagers for feasting and he was called out by the king, surprisedly. The king gave him a local ring — an artefact of his forefathers — which must be kept safely and must not leave the kingdom territory else the whole village will face tribulations, agonies, anguish and excruciating distress.

It has been decided behind him that some hunters would steal the ring and throw it into the river. He didn’t notice. And on a particular dusk time, he went out for fishing but could only catch just one fish. He tried all he could but all efforts were fruitless. He retired home when the day was changing its color to darkness. While thanking God for that only fishing, he began cutting the fish in preparation for cooking it for sumptuous deliciousness. He was shocked to have seen the ring inside the intestine of the fish. How come? “Oh, truly this must be handiwork of my enemies but little did they know that God is the most prudent” he concluded.

The following morning, the town criers sent king’s message to all towns and gowns that, the king has requested for the ring (given to Olohun Lógbón) and if he could return it, the king will vacate the throne for him but failure to provide it, his head will be beheaded.

All eyes were widely opened and the helpless man greeted the villagers and reminded them of his common chants “Olohun Lógbón. He appreciated the king while his traducers, most especially, amongst the high chiefs were sending signals that he should hasten the delivery as they did know he won’t provide the artefact and his blood is already seen splashing on the ground.

He brought the ring from the old, thorn vestiary. The whole crowd went confused and majority couldn’t expect such miracle. He surprised everyone including the traducers. Nothing more than for the king to vacate the throne and Olohun Lógbón eventually ascended the throne.

Truly, God is the most prudent. He created you and I without consulting with anyone. He placed the land of living around and above the water without us sinking. He is the only one who can do the unthinkable. He is God!

George Muller once saice, “Faith does not operate in the realm of the possible. There is no glory for God in that which is humanly possible. Faith begins where man’s power ends.”

Similar to the Israelites, at times you can be put into a temporary, yet difficult, place or a seemingly impossible circumstance. Yet, what looked like a mess for the Israelites, God turned into a miracle, and today He can do the same for you.

Today, no matter what challenge you’re encountering, do not be afraid, stand firm and go forward. You have come too far to back down and quit. Trust God, as He is the omnipotent One. God will guide you continually. So, don’t be anxious about anything. God is your strength and power… For God promised to “repay two blessings for each of your troubles.” (Zechariah 9:12)

Basheer Luqman Olarewaju-Unique is a budding writer and he loves public speaking for side hustling.