Gov. AA at 62: Tribute to the Uncommon Liberator 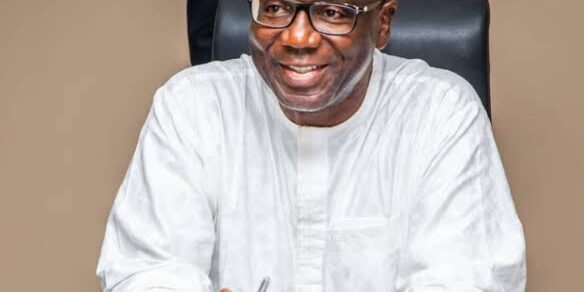 Governor Abdulrazaq leadership style has the manifest stamp of a servant leader, determined to provide the greater good for the greater majority of Kwara people even at the risk of his personal comfort and life.

In the last two years and nine months, the people of Kwara State have been enthralled by the enactment of people-powered governance led by the citizens, with Governor Abdulrahman Abdulrazaq on the front seat, designing and executing people-centric policies, and programmes which have transformed the state.

Kwara is today basking in the euphoria of an orderly society where the rule of law holds sway and is ratcheting up the ease of doing business amid a boisterous social sector.

In the past two years, Kwara under the leadership of Governor Abdulrahman Abdulrazaq who clocks 62 today has been enthralled by purposeful driven governance, developmental projects under a serene and placid atmosphere. In all ramifications, his 62nd birthday is a worthy and fulfilled milestone which should be commemorated with pomp and wide jubilations.

The reasons are instructive and obvious. For more than two decades in politics, Abdulrazaq has been playing active roles in the development of Kwara State. His stint in politics, even before given the mandate by the good people of Kwara have been trailed by amazing footprints and legacies.

To some people, an ideal leader looks like a superhero –strong and brimming with confidence. But humility holds greater power, albeit silently. Studies on humility in leadership have posited that humble leaders make the best leaders and easily disarm even their opponents. One of the virtues you cannot take away from Governor Abdulrazaq is humility. In spite of his position, his sense of humility is not only attractive but infectious. He treats everyone with respect regardless of their position, role or title, making him a quintessential leader who gives his all to a course he believes in.

The Governor has continued to demonstrate his affection for his people, task after task, no matter the cost. In spite of the economic crunch in the country, his administration since coming on board decided to complete all the abandoned projects inherited from his predecessors. Governor Abdulrazaq equally initiated and completed many projects with others still ongoing such as the mega projects; Innovation hub, Garment Factory, Okuta Radio Station; Basic Health Centers, UBEC Schools, Idiagbon Bridge, Visual Arts center, KWASU Mini Campuses, Kwara Poly Radio Station, Kwara Poly Auditorium amongst others, which are mostly in technology, health and educational sectors in the 16 local government areas of the state.

The vision of the governor to transform Kwara State into an industrial hub is manifested in the high number of MoUs his administration signed with both local and foreign partners to resuscitate moribund government owned industries which have been lying comatose for a very long time.

Another main thrust of Governor AA’s administration is the provision of qualitative education for its citizenry. In the tertiary section, he injected life into the State owned Polytechnics, which was gasping for breath before his election as the governor of the State due to sheer neglect and reckless abandonment driven by politics. Apart from this, other tertiary institutions such Kwara State University, College of Educations among others were also given a new lease of life.
KWARALearn is another great initiative coming to change the odd narratives of our educational system, especially from the primary levels.

It comes as no surprise that in the course of his service and purposeful leadership over the years, he was awarded as “Leadership Governor of the Year, 2020”. Since his election, Abdulrazaq has been providing purposeful leadership, championing the cause of the state and intervening in critical national issues. Apart from this, Gov AA had won several laurels, received commendations and got a pat on the back for excellent performance both at home and abroad.

READ ALSO:  The Shagayas and the souls, minds, and hearts of generosity

While felicitating with the governor on the occasion of his 62nd birthday and wishing him many more years of selfless service to Kwara, Nigeria and humanity, it goes without saying that this humble visionary achiever, peace Ambassador, dependable liberators, compassionate personality and fearless intercessor is set for greater impact in Kwara in the years ahead. For remaining steadfast and relentlessness in the pursuit of happiness for the entire people of Kwara State, he has demonstrated his love for country and capacity to devote his life for a better Nigeria.

As you deservedly celebrate this glorious day, may God Almighty who has richly prospered you and ordered your every step in this past six decades and two years, continue to bless you with good health, wisdom and knowledge to serve and fulfill the purpose for which you were created.