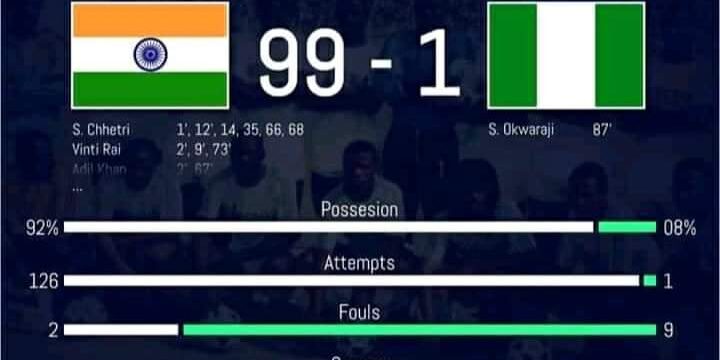 Last week, I was called for an interview just a week after we had computer based examination at my Alma Mater. The level of my preparation was quite below the required expectations judging from what I gathered from my senior colleagues in school. To read many pages of “Gills’ book on Public Health and Epidemiology, Pharmacokinetics and pharmacodynamics, Physiology, Community Health and so on was truncated by mild illness, I couldn’t read much than to scan some of the pages.
.
.
On the day of interview, like many others, I was eager to be at the venue as early as possible. The interview was scheduled for 8:30am. On getting there, I noticed that most people were glued to materials: books and/or surfing online. While trying to understand what was going on, I saw a colleague whom we graduated together and he led me to where few of our friends were — both my mates and junior colleagues. A friend placed a call to get more information about the mode of the interview session, he was told that it would be more of current affairs and he should read more about Nigeria’s politics and possibly sports. I was wondering what the course has in common with current affairs, especially, politics and sports. Anyways, we had to accept the assertion.
.
.
Phew! A student came out with meeky face and saddened look. “What happened”? We asked. “I was asked many current affairs questions part of which is, who is the governor of Kano State”, he sluggishly replied. Ọmọ, this thing no be joke ooooooooooo…. We initiated drilling session. Several questions were asked and attempted by the conditionally created group. Gboooom! A friend asked, “what was the scores between Nigeria vs India and who scored for Nigeria?” “99-1. Okwaraji scored the lone goal for Nigeria”, almost everyone chorused the answer.
.
.
I was disturbed and immediately I disagreed with them. They knew my antecedence as one of the finest quizzers and debaters on campus during undergraduate days but they weren’t in affirmative with my disagreement to the answer given. I put. India Vs Nigeria 99-1 match. In one way or the other, almost every Nigerian has heard of the mythical match between India Vs Nigeria that ended 99 goals to 1 with India being victorious.
.
. 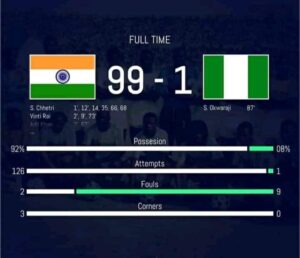 Before the advent of the internet, this story successfully thrived among Nigerians but with the emergence of the internet and easy access to social media, the truth behind the India Vs Nigeria 99-1 match was revealed. Though there are different accounts of the match, but they all have the following in common:
.
.
•That the match ended with India scoring 99 goals and Nigeria scoring just one goal.

•That Nigerians were unable to kick the ball because the football kept turning to lion, crocodile, snakes and many scary objects which scared them away.

•That Indians later agreed that if Nigeria could score one goal, they would concede defeat.

•That Samuel Okwaraji scored the winning goal and lost his life in the process because the ball turned into a heavy stone as he was about to kick it.

•That FIFA banned India from soccer because they used juju (black magic) in that match.

Sincerely yours, I find it difficult why did we (while growing up) believe the India Vs Nigeria 99-1 match story?
.
.
Even with the absence of the internet back then, this kind of claims should be immediately recognized as lies, the kind of lies they call “big fat lies”. But most of us like to acknowledge this story as truth with the fact that no one has ever seen India play in an International Football Match. Since no one actually saw India participate in most international soccer games, this gave a little credence to the story.
.
.
Another reason this lie thrived for long was that credible information was not easily accessible in Nigeria unlike now that even a 4-year-old child can debunk false claims within minutes with the help of Google. This Nigeria Vs India match story would have been fabricated by one community elder to children during an evening gathering.
.
.
What Actually Happened!

On the 12th of August 1989, Nigeria lost one of her best footballers, Sam Okwaraji who died during a football match. Sam Okwaraji was the player rumoured to have lost his life in that game when in truth he died during a FIFA World Cup qualifying game against Angola in the 77th minute. He collapsed and died of cognitive heart failure. May his soul rest in peace. AMEN!
.
.
So, that is the only truthful thing about the India Vs Nigeria 99-1 match story, the fact that a Nigerian player died during a football match. That is what these lies was fabricated around. The match was not against India, Nigeria did not lose the match and as you must have guessed, and there were no lions or ball turning into a stone.
.
.
Nevertheless, one cannot deny that this kind of story made one’s childhood as a Nigerian.

Why was India Banned by FIFA?

India was never banned by FIFA. It was India that withdrew from the tournament themselves. Here is how it happened.

Fédération Internationale de Football Association (FIFA) made it clear to India that they would not be allowed to play in the 1950 FIFA World Cup without footwear.

Then something happened. You see, when determining the make-up of the 1950 World Cup, FIFA determined that obviously the two defending finalists, Brazil and Italy, would be guaranteed slots. That left fourteen slots that needed to be filled.
.
.
FIFA decided that seven of those slots would come from Europe, six would come from the Americas and one would come from Asia.

The problem was that of the four Asian teams that were invited to the World Cup, three of them (the Philippines, Indonesia and Burma) withdrew from the tournament before the qualification round.

Therefore, India earned an automatic slot within the World Cup. It would be India’s first time appearing in the World Cup but India, too, withdrew from the tournament because FIFA would not allow them to compete barefoot.