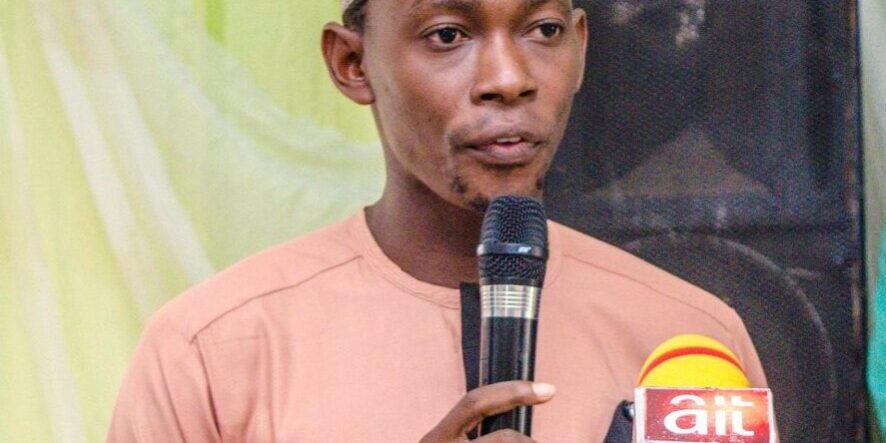 This week, ‘people in the spotlight’ column seeks to enjoin Kwarans, specifically, the youth that service and sacrifice to this land in the spirit of true patriotism must be a front burner in the heart of everyone. This means our coexistence in peace, sanity and orderliness should be the utmost desire of every youth. It addresses the fact that for us to see the Kwara of our dream; we must collectively be agents of change and the change we desire in others must start from us, we must use all of our energy to serve our fatherland. We must also help government sincerely in the implementation of policy —- we must resist all forms of exploitation by individuals and groups for in this they take away our voice and right and take us away from the big picture.

X-raying the pitiable recent developments in the country, a day with issues on banditry, another day with kidnapping, insurgency, or rape discourse, worse still, the spike in youth unemployment has become a matter of national debate. The leadership architecture is filled with aged politicians who believe nation building is their exclusive preserve and as such youth should not be given a chance. Perhaps, their stand explains why though youths are said to be leaders of tomorrow, and that future never comes.

Several advocacies were staged on youth inclusiveness in politics; most recently, the “Not Too Young To Lead” which redressed the age limit anomaly of Nigeria democracy in giving more chances to the youth participation in the corridor of power. Just before then, this is the unfortunate mind-set that has informed the pattern of successive leadership in Nigeria. This banality in some way has sedated almost all youth and created in them a sense of reluctance in participating and taking up roles and responsibilities that will help in nation building.

Invoking the much needed to be reviewed script of governance, youths in the Nigeria Constitution refer to persons between ages 18 and 35. Alas, it was heart disturbing seeing the youth leader of the largest political party in Africa to be above 50 years? The sad reality and many more are part of the problems facing the youth that has incapacitated them to fully partake in issues of nation building. In a broader sense, youth refers to people who have energy, vigour and enthusiasm to get things done. It is a state of mind not a function of age, a quality of imagination, a designate of hope, a pinnacle of excellence and cosmopolitanism, a predominance of courage over timidity and an insatiable appetite for progressive reasoning. 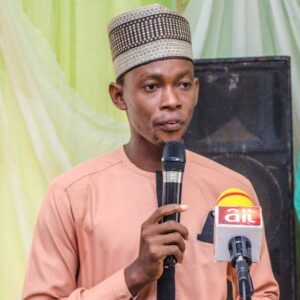 For a state like Kwara with about 65% youth population, one wonders why we were where we were but why would this not be so when the future of the youth has been mortgaged for selfish gains; when we have been denied the benefits of good education, when our minds have been chronically infested with low morality and loss of values, when the leadership class is riddled with notoriously corrupt individuals which the justice system has helplessly fail to punish. Why won’t it be so when government’s plans and readiness to revive youth un-productivity is but a mere lip service? They only engage us during election and turn us into electoral thugs instead of building enough schools and creating adequate employment opportunities.

It is generally applauding having a Governor who is youth friendly and also encourages youth inclusiveness in his administration. Governor AbdulRahman AbdulRazaq’s administration believes that youths are the building blocks of every developed society, be it a state or a nation. The stronger the youth of a region, the more developed that society. Indeed, the advent of His Excellency, Mallam AbdulRahman AbdulRazaq brought new dawn to the state. What would have been the fate of the teeming youths of the next generation should Gov AA didn’t brace up to save the drowning ship of the state?!

Kwara State is centred as one of the most peaceful state in the country; one should be glad the young people and business owners who were victims of aftermath of COVID-19 bitter experience as well as the hardships and depression that came with it were duly relieved with stipends that could reawake their looted businesses. This is a pointer to friendliness of the executive governor of Kwara State who is out to be the exemplary leader; the true hero who tasks his citizens sincerely on why they should be patriotic fellows and the need to make sacrifice beginning with themselves. He brings us together and gives us a sense of both state and national purpose.

The state government ensures that the youth must not be the architect of our misfortune. That the youth should not internalised the wrong precedence of corrupt politicians. Youths should not be ideologically bankrupt and should vacate being in a state of delirium. They should not embrace violence instead of peace and mutual coexistence. Today in Kwara, we have a creative leader whom with farsightedness believes his people should not choose the comfort of the moment instead of striving for self-sacrifice, human capacity building and relevant skills of the twenty first century that will guarantee the development of the state in all ramifications. Every moment, his leadership speaks volumes about why the citizens, especially, the youth should embrace pen, paper and hard work instead of choosing guns, knives and axes.

The AA administration has loosened what enveloped the people of Kwara State to see beyond the painted hatchet work; gone are the days in the state when we avail ourselves all kinds of dirty jobs during election. We can boast of a GOVERNOR who exhibits character and morality par excellence. He acts in accordance to the dictate of the yearning of the masses: he has never been a dictatorship nor sole – administrator as his traducers painted. His uncommon achievements in Agriculture, Health, Electricity, Road, Water, Education and Civil matters can be reckoned with his campaign promises — the qualities of tomorrow’s leaders lie in the characters and development of today’s followers.

Nigeria as a nation has bedeviled the mental reasoning of her people: Our thoughts are ominously perilous, non-productive and self-renegading. According to Mahatma Ghandhi, “A man is but the product of his thoughts, what he thinks he becomes.” We learn from the bad examples of our leaders as evident in violence and fraud that characterise students’ union election and large scale embezzlement of funds in our unions and youth forums.

This AbdulRazaq administration upholds with all sincerity that to really enhance the youths and make them contribute meaningfully to nation building is a duty for all, the government has the highest percentage, though, parent and youth themselves are parts of the needed stakeholders. Highlight of appointments and Commissioners nominations dole out shows the energy and brightness of the minds of youths act as torch bearer for both state and national development. Kudos to the governor who understands that a state that utilises her youth in positive direction is more developed; the youth of the society are the trustees of posterity.

Good education prepares one to impact positively on self and society. This Government is tirelessly working towards achieving this and the youth are encouraged to seek and desire to be educated at all levels. Nelson Mandela said “no country can really develop unless its citizens are educated”. For the philosophy of the classroom in one generation is the philosophy of government in the next generation. Reclamé to this administration on her stand that provision of jobs and employment opportunities are leverage for the youth to properly and conscientiously channel their energy and talent towards state and the generality of society building.

Lo and behold! Youths must seek to participate in government, politics and policy formulation. They are admonished to shelve aside their responsibilities of joining mainstream politics and forming healthy and progressive alliances among themselves and participating in all issues of national interest. With that, their voices will be heard and their views will be considered. As demonstrated by Mr Governor, it is high time our youth have a change in character and value; they must purge and cleanse themselves of all qualities inimical to both state and national development. For a man who wants equity must come with clean hand, so goes the saying.

Wrapping up, we need the wisdom of the old because if the energy of youth is left unchecked, it portends imminent danger. It is time for the young generation to stop seeing themselves as too young. We all have something to offer this great state and the country at large.