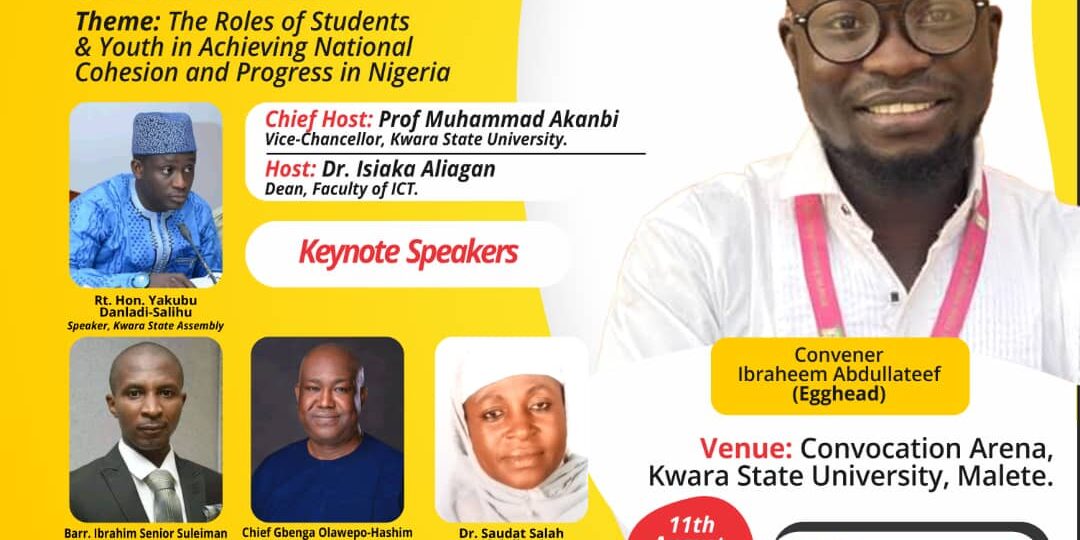 Torchbearers Impact Network (TIN), organizers of the TheWriteUp 2021, has announced the top 3 winners of its keenly contested essay competition which was declared open in March.

The announcement was made in a statement on Friday, noting that the winners will be rewarded at a youth summit in commemoration of the International Youth Day 2021 at Kwara State University, Malete.

“We hereby announce that we have come to the end of The WriteUp 2021 following the grading of the performances of participants in the final stage of the competition by the panel. It has been a long journey since March when the essay contest was declared open to create a platform for discovering, rewarding, and mentoring writing talents among undergraduates in Nigeria, thereby deepening the human capital development of state and country.

“In the first stage, we received over 60 entries out of which 20 entrants were shortlisted for the second stage by a panel peopled by seasoned mass communication scholars, award-winning journalists and celebrated writers. Of these 20 entrants, 7 qualified for the final stage (interview) which took place on popular social media platform, Zoom,” the statement said.

The statement further listed winners from the final stage of the essay contest as Oyewopo Ibrahim; Oluwadamilola Akintewe; and Enobong Enobong while the position each of them came out with will be announced at the finale scheduled to hold by August 11.

It also said the theme of the summit, ‘The Roles of Students & Youths in Achieving National Cohesion and Progress in Nigeria’, was selected to re-orientate and inspire young people to prioritise values, innovation, and unity as keys to building a safer, prosperous nation. 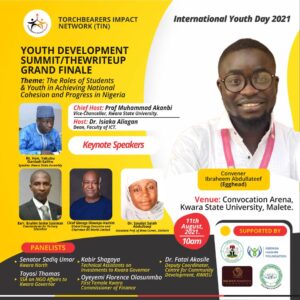 Kwara State Governor, AbdulRahman AbdulRazaq, is the Chairman of the Day.

Vice Chancellor, Kwara State University, Prof. Muhammad Mustapha Akanbi (SAN) is the chief host of the event, as Dean, Faculty of Information Communication and Technology, Dr Isiaka Aliagan will serve as the host.

Executive Director of TIN, Ibraheem Abdullateef congratulated the top three winners, saying the feats were hard-fought. He urged them to keep the ball rolling as they have been able to prove their mettle in the multi-pronged essay contest.

“We also appreciate the panel: Mr Yusuf Suleiman, Kwara State University; Mr Saadudeen AbdulRasheed, Kwara State Polytechnic; Kabir Adejumo, Correspondent at Premium Times; and chairperson Mrs Funmi Falobi, development journalist and former Foreign Editor at Daily Independent newspapers, for the wonderful job they did for us to arrive at this logical point. I pray that the Almighty will reward them abundantly for their sacrifice and selflessness,” he added.

Abdullateef, who is African Liberty Writing Fellowship (AFLW) Alumnus, added that all the finalists have won themselves a 4-week free tech training sponsored by Chief Gbenga Olawepo Hashim, a 2019 presidential aspirant and business mogul, apart from the cash prizes. He reiterated that TIN will continue to champion the development of young people in education, career, and leadership.