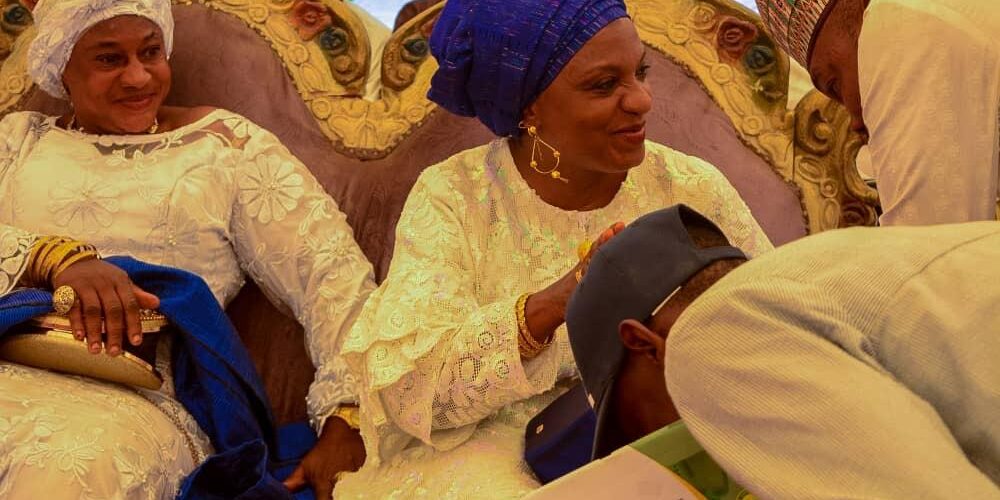 Ordinarily, should there have been a stumbling block to attainment of Kwara that works for all, it is arguably, the discontinuation approach of our previous governments — the “not contrived by us and therefore irrelevant” syndrome that run deep in our past administrations and leadership once they reached office. Beforetime, our past governments were infamous for discontinuation of every initiative left uncompleted by their predecessors.

The beautiful story of Hajiya Sa’adatu Modibbo Kawu (SMK) as a Kwara Commissioner of Tertiary Education, Science and Technology in the people-centric government of Mallam Abdulrahman Abdulrazaq is all over the walls; she reformed and redefined the Ministry that everyone in the state and beyond felt the golden touches. Her prescient ability made her the love of all in the state and even outside the shore of state of harmony.

Like her beloved role model, Sheikh Rashid bin Saeed Al Maktoum, Hajiya Sa’adatu Modibbo Kawu has learned immensely from the rapid transformation of Dubai, a hitherto desert which lived on fishing and pearls as its major sources of earnings between the 18th and early 20th century. Sheikh Rashid bin Saeed Al Maktoum was a visionary and a prescient leader with a laudable political will — with his team, he diversified the economy, established and embraced social projects and landmark edifices in Dubai.

In her second stint as a Kwara State Commissioner, now in the Ministry of Education and Human Capital Development, Hajiya Sa’adatu Modibbo Kawu (SMK) has been doing great and wonderful developmental strides that are now on inscription for the beautiful records of history and posterity. In a development that signaled a welcome, fresh attention to the beleaguered education decadence in the state, the state government has brought digital education that poised to position Kwara in the leading log across the country and in Africa pegged “KwaraLEARN. The story is everywhere. Even the traditional leaders are extolling the unprecedented initiative this administration initiated.

Like SMK redefined MOTEST, she is, again, championing greatness to the Kwara primary levels education. The ripple effects of digital literacy in this century is beyond words; Kwara would become the third in the country to welcome such development and the first in the whole of Northern Nigeria. With this, the saddening aboveboard out-of-schools-children would be drastically contained and reduced to almost zero.

In fact, I agree to the dictum that the difference between a leader and a politician is that ‘a politician thinks about the next election while a leader thinks about the next generation’. Euphorically, unlike the past leadership where growth and development agenda are almost always set by politicians who couldn’t care less about their fealty to actualize the plans other than occasional mouthing of depleted assurances devoid senses even to the politicians, there is tranquility and political stability. The vision is alive and being poised to be sustained by her successors. Unlike before where such beautifully-crafted foresight would have been abandoned or a carousal launch of a duplicate vision upon the emergence of a successor from another political party.

Beyond commissionership, Hajiya Sa’adatu Modibbo Kawu personifies a beloved mother, great thinker, innovative with ideals and ideas, dedicated to supporting others, charming orator and a fantastic listener. One of her areas of strength to by making sure she is getting the self-care she needs. For her, she believes that, ‘if you’re feeling anxious, take a walk. Grab a real lunch. Do something that has nothing to do with work, whether it’s seeing a movie or visiting your kid at daycare’.