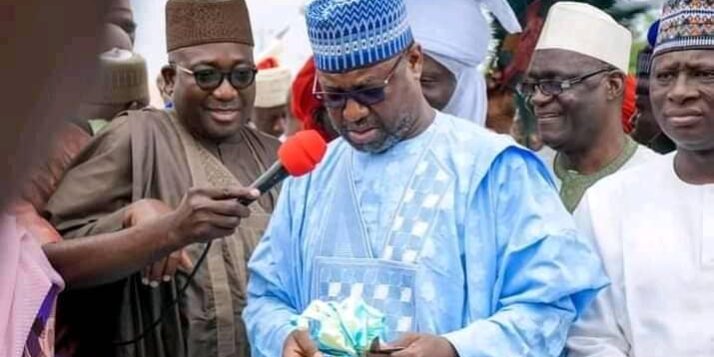 Over time, the plethora of hate induced criticism levelled against the pragmatic and focus driven administration of Governor Abubakar Sani Lolo can’t be overemphasized. The ill-informed criticism against the administration is premised on many things, one of which is the inability of the general populace to have access to prompt and correct information devoid of political bias.

Secondly, the Nationwide economic downturn which hitherto slowed down the pace of work across the country and most importantly, the biased and unjustifiable positions of the Opposition parties which probably they should know better but still resort to blackmail hoping to score cheap Political scores.

Interestingly, the narrative is no longer the same today because the government has continued to ensure the right information is disseminated through appropriate media n channels coupled with the massive ongoing construction and developmental projects deployed across the state. It’s obvious that lies can’t stand the test of time and only the truth and a well focussed Chief Executive that can, through a visonary led government achieve the results been seen over the last 12 months. Niger has never had it this good comparable to previous administrations. Nigerlites need to support government and governance so that Abu Lolo can achieve more as he cruises into the 7th year of governing Niger, this and more becomes a
genuine testament for interesting minds and those that are progress oriented.

Today, the lies and propaganda of the opposition no longer have wings to fly. Their hate and manipulations are met with verifiable facts and figures from the government handlers.

Yes, Niger is yet an Eldorado we desire, but it’s completely different from what it used to be when the opposition was in power.

His Excellency would be rounding up his 8-year tenure on a high note and finishing strong. The negativity and distractions would not derail his zeal, commitment, and vision to position Niger State for sustained economic growth.

Congratulations to His Excellency, Governor Abubakar Sani Lolo, for your doggedness and steadfastness amidst daunting challenges that were not created by your administration. Keep up the good work; you are on track, and definitely Niger would become better than we all imagined.