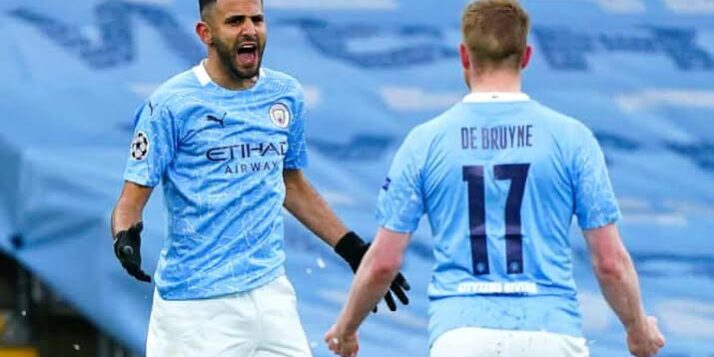 In the 10 complete seasons since Sheik Mansour’s takeover of Manchester City on 4 August 2008, City have competed in European competition for 8 consecutive seasons.
In fact City have taken part in European football 9 times in the 10 seasons, a remarkable record showcasing the improvement brought about since the takeover.

Let’s now have a look at her record in Europe in each of the seasons we have competed there.

1968/69 – City competed in the European Cup but were knocked out by Fenerbahce in the 1st round.

1969/70 – City became UEFA Cup winners beating Gornik Zabrze in the final. Interestingly the Polish side reached the final having beaten Roma in the semi finals following a coin toss after both legs had failed to separate the sides.

1970/71 – Knocked out in quarter finals by Chelsea when defending their trophy. The City goalkeeper Joe Corrigan had to play the game despite being unable to open one eye due to a facial injury.

1977/78 – UEFA CUP City knocked out by Widzew Lodz in the 1st round, a game notable for crowd trouble which saw fences around the pitch erected at Maine Road.

1978/79 – UEFA CUP City were knocked out by Borussia Monchengladbach in the quarter final. 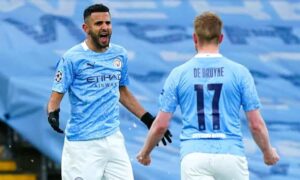 2003/04 – City entered UEFA CUP as a result of Fair Play rules. Starting in the preliminary rounds lead to City playing their first competitive game at the new City of Manchester Stadium following the move from Maine Road.

That first game was a match against Welsh minnows TNS and was notable for Trevor Sinclair scoring the first game at what is now the Etihad Stadium. City’s campaign was short-lived after being knocked out on away goals by Groclin Dyskobolia.

2008/09 – Again City entered UEFA CUP on Fair Play rules. This campaign was notable because a home match was displaced to Barnsley due to a Bon Jovi concert causing damage to the Etihad pitch. City were eventually knocked out by Hamburg in the quarter finals.

2010/11 – City were knocked out of the UEFA Cup by Dynamo Kiev but the campaign was notable for the City fans adopting the ‘Poznan’ after watching the celebrations of the fans of Lech Poznan.

2011/12 – City competed in the Champions League for the first time but failed to qualify out of the group stages. Carlos Tevez refused to come on against Bayern Munich leading to a 6 month strike by the player. City dropped to the Europa League but were knocked out there by Sporting Lisbon.

2012/13 – Another season where City failed to qualify from the Champions League Group stages.

2013/14 – City made it out of the Champions League Group stage for the 1st time but were knocked out by Barcelona in the round of 16.

2015/16 – In what felt like a breakthrough moment City reached the semi-finals only to be beaten by Real Madrid.

2016/17 – City were defeated by Monaco in the round of 16 leading to Pep recruiting both Benjamin Mendy and Bernardo Silva.

2018/19 – Tottenham overcame Manchester City in a classic encounter at Etihad Stadium to reach the last four of the Champions League for the first time.

Fernando Llorente’s goal, bundled in from a corner and confirmed by VAR 17 minutes from time, gave Mauricio Pochettino’s side victory on away goals on a night of tension, attacking quality and defensive frailty that ended City and Pep Guardiola’s quest for a historic quadruple of Premier League, Champions League, FA Cup and League Cup.

In a game of relentless drama, City even thought they had won it in injury time only for Raheem Sterling’s goal to be ruled out for offside by VAR.

Spurs were protecting a 1-0 lead from the first leg but an opening 21 minutes of chaotic brilliance saw City lead 3-2 on the night as both teams exchanged goals at will.

2019/20 – Manchester City’s Champions League ambitions were in ruins once more after Lyon shocked Pep Guardiola’s side in the quarter-final in Lisbon.

City started as firm favourites but came out second best against a fiercely determined Lyon in a game that swung on controversy and uncharacteristic errors in the closing stages.