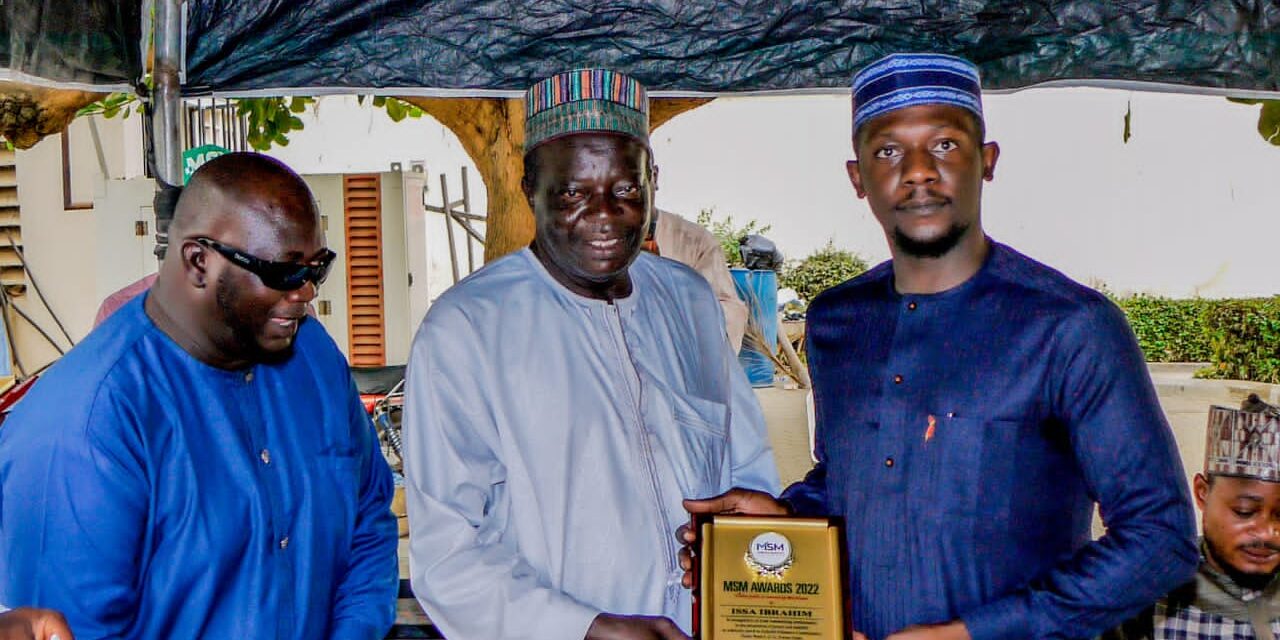 Presenting the award to the Chairmen by Mallam Muktar Shagaya who also doubles as the aspirant to represent Ilorin West/Asa Federal Constituency at the Federal House of Representatives in the 2023 general election, Mallam Shagaya stated that he found the Chairmen worthy of the award following their commitment and dedication towards ensuring stability in their respective wards and their various local government areas.

According to Mallam Muktar Shagaya, the award was in recognition of wards and LGAs Chairmen’s efforts to their constituents in terms of quality leadership, outstanding performance, promoting stability in the party and their loyalty in supporting Governor Abdulrahman Abdulrazaq administration.

Speaking on behalf of All Progressives Congress (APC), Asa Local Government, Alhaji Shehu Yahaya, thanked Mallam Muktar Shagaya for the award, considering it an encouragement to do more for their constituents. He noted that the major driver of development is infrastructure which His Excellency, the Executive Governor of Kwara State, Mallam Abdulrahman Abdulrazaq has embarked upon and they believe that he is not resting on his oars in this direction.

READ ALSO:  The King and the Northern Kins: a Story of Intentionality

The Director General of the Movement, Alhaji Muftau Akanbi-Oke also spoke on the need for politicians to ‘emulate Shagayas and focus on politics that brings development’.

Comrade Abdulmajeed Temidire (Aburo Gomina) encouraged the stalwarts to remain steadfast in their pursuits and not allow unscrupulous elements to infiltrate them. Aburo Gomina, speaking, appreciated Mallam Muktar Shagaya for finding the Chairmen and Coordinators worthy of the award, whilst encouraging the party leadership not to derail.

While receiving the awards, the Ilorin West Local Government Party Chairman, Alhaji Sulyman Tegidini, appreciated the kind gestures towards the party stalwarts at the Local and Ward levels. He prayed for progress and tranquility for the Shagayas and the entire team.