Mutawali: Shagaya Hails the Chancellor of Exchequer” (Minister of Finance) of the Ilorin Emirate 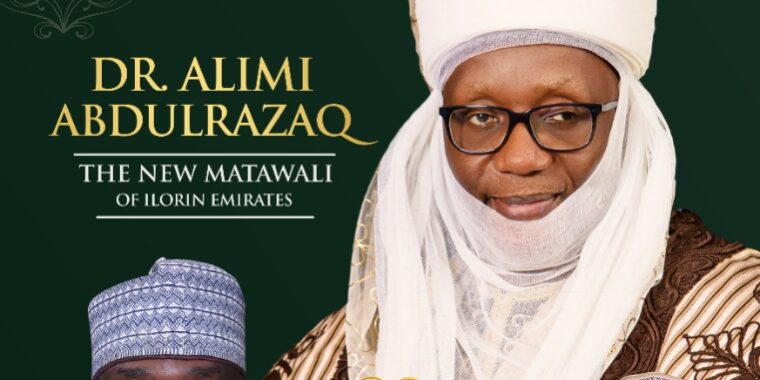 The aspirant for the seat of Ilorin West/Asa Federal House of Representatives under the ruling All Progressives Congress (APC), Mallam Muktar Tolani Shagaya has sent his congratulatory message toward the Coronation Ceremony of the Mutawali of Ilorin, Dr Alimi Abdulrazaq, LLB (ABU) LLM, PhD (Hull) BL, FCIArb.

In a statement as released to the public through his media office, Shagaya said, “Mutawali, meaning the “Chancellor of Exchequer” (Minister of Finance) of the Ilorin Emirate, is one the most exalted in hierarchy of titles in the courts of the northern Emirates. The exalted position is a round peg in a round hole as Dr. Alimi, who is a shrewd businessman, accomplished lawyer, administrator and notable lover of education is a befitting man.

The traditional significance of the Mutawali title perfectly depicts the eminent standing of Dr. Alimi, a legal scholar who was not only the first holder of PhD in law from the Emirate but is also known for his exemplary conduct, philanthropy and sterling contributions to the socio-political development of the Emirate and nation in general.

I pray for long life and sound wealth for the 2nd Mutawali of Ilorin, Dr. Alimi Abdulrazaq”