Prophet Muhammad: an exemplary model for all creations 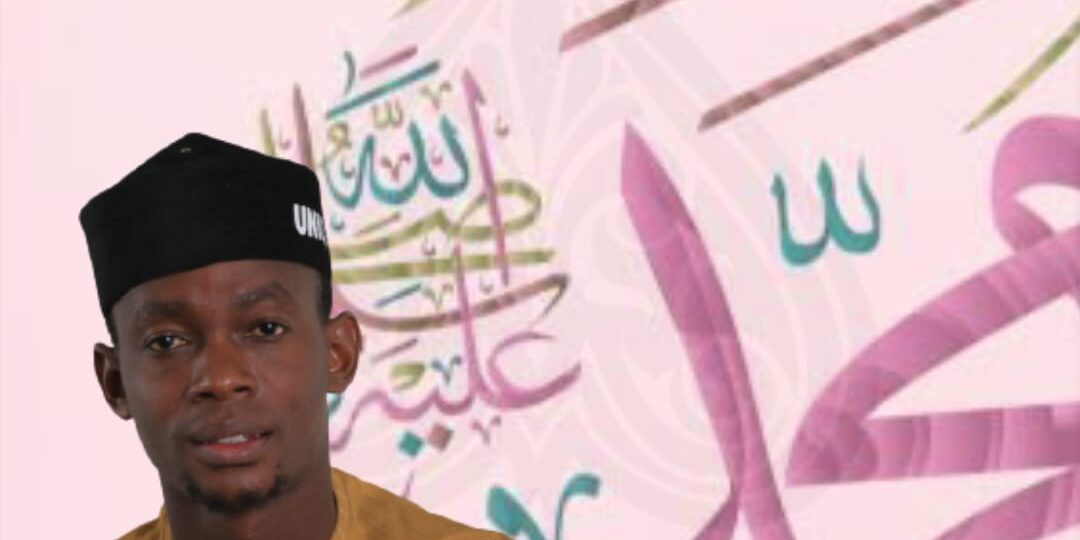 Today signifies the birth anniversary of Prophet Muhammad (PBUH) – the last prophet of Islam. The commemoration of the birth of Prophet Muhammad is known as Milad-Un-Nabi in Arabic which falls on the twelfth day of Rabi-ul-Awwal – the third month in the Arabic lunar calendar. The moment of his birth, till date, has no match, in reference to miraculous happenstances.

Approximately 1.7 billion Muslims all over the world celebrate this remarkable day to extol this unique personality who showered peace and mercy upon all creatures who lived on the face of this earth. This year the management of Numero uno Islamic Online Platform — Ispartv — has embraced today (October 19) to commemorate the birth of the noblest creature, Prophet Muhammad.

Muhammad was born to a noble family which belonged into the powerful tribe – the Quraish – in the city of Makkah in the Arabian Peninsula, 1,400 years ago in the year 570 AD. The people of the Quraish tribe were known to be successful merchants. Several trade routes were intersected by Quraish merchants which allowed them to expand their trade along the west coast of Arabia, north to Syria and south to Yemen. Invoking the Islamic calendar, Prophet Muhammad’s birth occurred on the twelfth day of the month of Rabi-ul-Awwal. He was the son of Abdullah and Aminah. His father Abdullah ‘kicked the bucket’ a few days before his birth. His mother then brought him up with great love and devotion. At about six years, his mother Aminah also died. Thereafter, his grandfather Abdul Muthalib and then his uncle Abu Thalib took him into their care. As a young boy, he was known as a person of integrity with high moral standards. What a divine project!

Unarguably, Prophet Muhammad was widely known for his virtue and noble trait from an early age and he did not engage in the immoral and corrupt practices of the society in which he lived. Instead, he was far removed from them. Practices such as idolatry, drinking intoxicants, oppression and dishonesty were prevalent at the time, yet his upright and noble character was conspicuously intriguing to all those who knew him or came into contact with him. This was such that the people of his time would come to refer to him as ‘Al-Amin’ – or the one who is trustworthy, and all those in that society knew of his honesty and trustworthiness. He was also known as ‘Al-Sadiq’- the truthful one. Because of these qualities, he was respected by everyone beyond race, colour, gender, age and religion in the whole city of Makkah.

Prophet Muhammad was attracted by everyone in the society because of his noble qualities and he was a perfect example of an honest, just, merciful, compassionate, altruistic, thoughtful, loyal, truthful and brave human being who showered peace and mercy upon all creatures who lived on the face of this earth. His qualities of being peace-loving, kind and merciful, generous, charming, endearing, humorous, pleasant and modest, and his concern for widows and women, his affection for orphans and children, his respect for the people of other religions and religious leaders touched everyone’s heart no matter the race, colour, gender, religion or faith.

Prophet Muhammad set up principles based on the Holy Quran to create an order in social life. A few of these principles include the brotherhood of all Muslims, helping one another and solidarity amongst people as well as speaking up against injustice. Prophet Muhammad was a role model himself and encouraged all Muslims to treat people with respect regardless of colour, religion, age, faith, gender or tribe.

As the Leader of the Islamic nations, Prophet Muhammad placed an Islamic legislative system in place to benefit everyone, giving the nation true power, peace, stability, firmness and progress. During the time of his ruling, various faiths were present in his state. There were Christians, Jews, Zoroastrians, Polytheists and others not affiliated with any religion. As the minorities, they all were treated fairly and equally.

When one looks into the life of the Prophet, one may draw on many examples to portray the high level of tolerance shown to people of other faiths. When he established a constitutional system in the State of Medina, he confirmed that no one has the right to bully or annoy anyone else for their religious beliefs or rituals. Under his legislative system, crime, bribery, harassment and bullying were prohibited. All were considered members and citizens of Medina regardless of religion, race or ancestry. As the Leader, he protected the people of other faiths from harm as much as the Muslims. When he started as the ruler of Medina, there were provinces which followed their own system according to their tribes. The Prophet gathered these different tribes under one system of governance equally treating them under one constitutional system. This is a good example for today’s leaders.

Muhammad as a Leader par excellence

Professor John Adair is a British academic, leadership theorist and an author of more than 40 books on business and leadership. In this book The Leadership of Muhammad, Professor Adair has taken examples from the life of Prophet Muhammad to highlight his extraordinary qualities as a leader.

Professor Adair weaves the Prophet’s life together with aspects of the Bedouin culture and ancient proverbs to provide key points for leaders and aspiring leaders, and has also has taken examples of tribal leadership and essential attributes such as integrity, moral, selflessness, greatness, authority and humility of Prophet Muhammad. Further, he describes in this book how Prophet Muhammad’s understanding of the tribal norms of Arabia helped him become an inspirational and effective leader focusing on the qualities and personality traits that made the Prophet an exceptional leader, political authority and role model.

Sir George Bernard Shaw describes in his book, “Genuine Islam” published in 1936 about the leadership of Prophet Muhammad that if a man like Prophet Muhammad were to assume the powerful leadership of the modern world, he would succeed in solving its problems in a way that would bring in much-needed peace and happiness.

Dear reader, as a leader, there are some general characteristics that an individual must possess to become a successful leader such as confidence, honesty, brilliance, elegance, communication skills, empathy, optimism, encouragement, intuition, acting as a role model and so on. For Muslims no one has ever come close to Prophet Muhammad in having leadership skills and they consider Prophet Muhammad as the greatest reformist and leader. According to the modern scholar’s point of view, the leadership style showed by Prophet Muhammad is a good example in solving global issues to bring in much-needed peace.

Rabi-ul -Awwal is the month celebrated to dwell on the life of Prophet Muhammad and his teachings: how he dealt with different issues and how he treated his neighbours and other communities with great respect regardless of race, colour and faith.

Prophet Muhammad’s simple lifestyle is a perfect example for the whole of mankind. He taught equality, humanity and the rights of women. He was an exemplar who showed his followers the value of humility in social life and simplicity in family life. No single person has ever lived an humble life as Prophet Muhammad — humility personified.

His teachings to respect other faiths and communities are still relevant for today’s society. His family and social life was shaped around Islamic tenets and principles ensuring peace and happiness. He simply showed what peace and happiness is all about in a family life. When teaching the rights of women, he taught his followers saying, “The best among you are those who behave best towards their wives. The best among you is the one who is the kindest to his wife and the worst among you is the one who treats his wife badly.”

Prophet Muhammad himself was a perfect family man for all time. He raised four daughters. He educated them and married them to pious husbands. Even when his children were married, Prophet Muhammad still rushed his daughters’ houses even after they became mothers to many children themselves, and he loved his grandchildren very much. Being a respectful husband and a loving father to his children and grandchildren, he showed a good example to his followers about the way of peaceful family life in the way of Islamic teaching.

As a businessman, successful reformist, strategic leader, leader of the islamic state, brilliant administrator, he was an extraordinary individual in his social life. As a businessman, he used to give needy people whatever he earned. He was extremely generous and sociable himself. He encouraged his followers to help the people in need. One of his companions asked the Prophet, which act in Islam is the best and then Prophet Muhammad replied, to feed the poor and needy people whether Muslim or non-Muslim and greet the people you know and those you do not regardless religion or race.

Prophethood and life in cave ‘Hira’

Prophet Muhammad started his spiritual life choosing the cave of the mountain ‘Hira’ (Jabal Hira) for his spiritual life spending time in meditation and solitude when he was 38. The mountain ‘Hira’ is also known as Jabal Al Nour (the Mountain of Light). Mount Hira lies about two miles away from the Ka’ba in the holy city of Makkah. Near the top is a small cave, little more than one-and-a-half metres in width where Prophet Muhammad spent days and weeks in meditation with prayers and ‘Zikr’ in remembrance of the Creator Almighty Allah.

The first verses of the Holy Quran were also revealed when the Prophet was in the cave of Mount Hira through the angel Jibrael (Gabriel). Then it was gradually revealed over a period of 23 years. Once he reached the Prophethood at the age of 40, he started his mission to guide the people towards the right path through kindness and mercy. Muslims all over the world follow his guidance as the last and final Prophet of Almighty Allah and his qualities and character were admired by Islamic and non-Islamic scholars with reverence and respect.

He was respected by everyone because of the noble qualities he had in his whole life.

Well-known writer and Nobel Prize winner Sir George Bernard Shaw had said in his book Genuine Islam, “I have studied Prophet Muhammad – a wonderful man and in my opinion far from being an anti-Christ, he must called the Saviour of Humanity. Indian nationalist leader Mahatma Ghandi said in the Young India journal, “I became more than ever convinced that it was not the sword that won a place for Islam in those days – it was the rigid simplicity, the utter self-effacement of the Prophet Muhammad, the scrupulous regard for his pledges, his intense devotion to his friends and followers, his intrepidity, his fearlessness, his absolute trust in God and his own mission.”

On June 8, 632 AD (the twelfth day of Rabi-Ul-Awwal) Prophet Muhammad (PBUH) passed away at the age of 63 after a short illness. His powerful prophetic mission and teaching under an exceptional leadership 1,400 year ago is still relevant today. Amazingly, his birthdate coincided with his death date. He is the best human being to ever lived!

May Allah increase His blessings, forgiveness and Mercy upon the soul of His beloved friend, prophet Muhammad.