Reversing the trend of poor women political participation in Nigeria 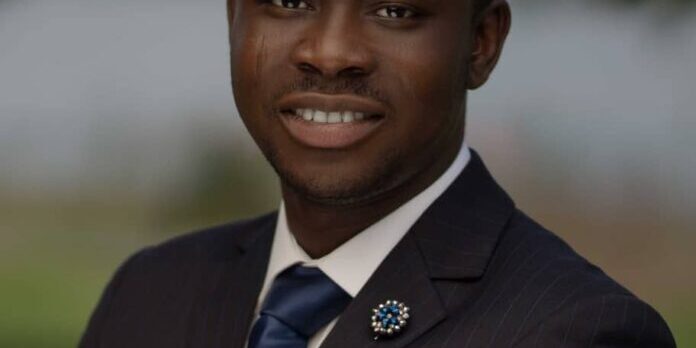 After decades of political independence and transition into democracy, there remains a lifelong begging question of why women are not getting elected into political offices in Nigeria. There is no gainsaying that this is a major Achilles heel that the country has faced over the past two decades since her return to democracy, and solving it requires both a critical look and, more importantly, strategic approach.

From 1999 to date, no woman has democratically been elected president or governor in Nigeria. More specifically, less than 10 percent of women who run for seats in either chamber of the national assembly emerge victorious. In 2019, the ratio of men to women during the federal election was pegged at 12:1 with about 678 women vying for seats at the national assembly, six for the presidency, and 22 for the vice presidency. At the end of the elections, only 62 women were elected to office. But it is not a Nigerian problem alone.

The United Nations has often emphasised the need to promote women participation in politics and, although certain countries are already obliging, performance is still depressing. The UN Women points to the direction that gender equality in politics may not be possible in 130 years at the current speed of progress. Available data indicates that across the 190 plus members of the United Nations, only 26 heads of state and government are women – but just within 24 countries. Furthermore, only 25 per cent of parliamentarians across the globe are women, with only four nations having women comprising 50% or more – Rwanda (61 per cent), Cuba (53 per cent), Bolivia (53 per cent), and UAE (50 per cent).

This unequal approach to governance has brought about the underrepresentation of women and has placed them on the minority mantle in policy-making corridors. Women’s poor performance in politics is highlighted by a plethora of factors suggestive of socio-cultural biases, economic inequality, poor access to education, low and underpaid employment, and, most importantly, the exorbitant costs of campaign believed to be a great hindrance to women running or even winning at the polls. Political parties do not provide a favourable environment to thrive in. From late meetings to poor funding, and social stereotypes, women are undermined throughout political processes.

What then can be done to remedy the situation for women? Quite a number of strategies have been implemented by numerous foreign jurisdictions and can be replicated in Nigeria.

Rwanda passed an amendment of her constitution in 2003 which established a 30 percent reservation for women across all elective positions. By the end of the 2013 general elections, 61 per cent of the seats in the Rwandan parliament went to women underscoring Rwanda as the leader and frontier of women in politics and governance across the globe. Cuba, UAE, Bolivia, Mexico, and Sweden followed suit in implementing similar tactics which helped each of them achieve a higher number of women in politics and governance, most particularly the executive cabinet and parliament.

Could this then be taken as a signal to Nigeria to implement constitutional reforms that capture quota reservation for women across all levels of government? Certainly! At the moment, a bill to increase the seats in parliament with a reservation clause of 111 seats for women scaled to second reading at the House of Representatives. It is a step in the right direction. Although, it could be amended to better reflect the economic situation of the country.

If equality is to be achieved for women in politics, then quota reservation is the best approach, and it can only be championed by civic organisations. However, the clampdown on civic space raises concerns for the progress of equality in politics. A good example is the case of Paul Ifere and Promise Etete, who were arrested and detained by law enforcement in 2016 and 2020 respectively for publishing content that was critical of the government and its officials.

While it is clear that the government keeps clamping down on the civic space with unethical harassment and human rights infringement, it is crucial that every civic organisation does the needful in achieving equal representation for all and better welfare.

Emphasising the position of civic organisation does not take efforts away from the most concerned parties in the discourse – women. They too must make effort to take charge by actively participating in activities that will empower them. But that is not enough; they must be part of political parties and structures, play the grassroots game, build their public speaking skills, partake in community-building, and create awareness on their contribution to nation-building.

Women need to support women, enjoin themselves to join or form political parties, participate at ward congresses, contribute to party agenda, make their needed financial commitments to party politicking, register and hold permanent voter’s cards, and, more importantly, support each other through the quest of emerging and holding better straddles at the helms of governance. Successful women in the field should provide training and mentorship and should leverage the impact of media in the processes of reorientation, mobilising, and lobbying of stakeholders.

READ ALSO:  Why most businesses fail

Achieving better representation for women is not a sprint that would be over in minutes, it is a cross-country marathon that takes endurance, agility, consistency, and solid commitment; and it begins a step at a time. Women must stop talking and start acting. Having a woman as president or governor, and having women fairly represented in the leadership of the parliament is possible. Women – take action NOW!