Shagaya Doles out Relief Funds in Pomp and Circumstance 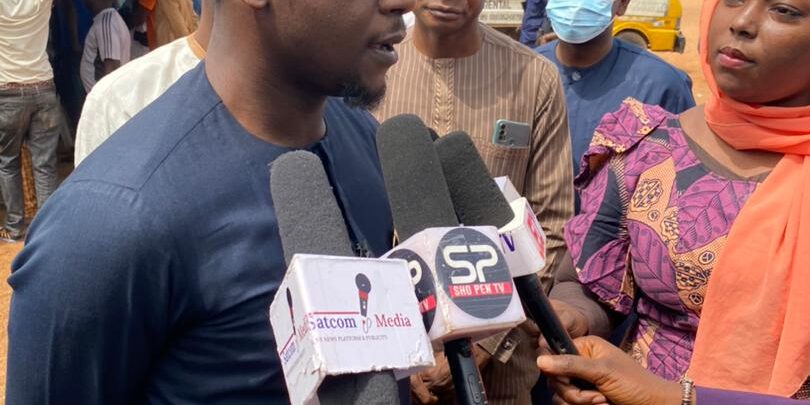 The Salman Shagaya foundation held her 18th edition of Relief Money Scheme, on Sunday, 30th of January, 2022 a quarterly empowerment program started since 2015, to the tune of millions of naira to over 500 hundred of small scale business owners, indigent and vulnerable persons, petty traders, market women, widowed, aged, artisans and people with disabilities in both Ilorin West and Asa Local Government Areas, Kwara State in the spirit of putting smile to people’s faces and supporting the small scale business.

The event which held at the Government High School, Adeta, Ilorin, the Kwara state capital, witnessed an unprecedented empowerment of over 500 beneficiaries drawn from across the Ilorin West and Asa Local Government Areas of Kwara State with non-repayable funds of N10,000 each.

It is evident that, the gesture was a reflection of the foundation’s vision of supporting the needy and helping the small scale business owners. The NGO described the scheme as a conduit of hope to express love, selflessness, credibility, and empathy through charity, particularly to the women and less privileged in the society.

The statement quoted the Business Development and Strategy Lead, Asolar Systems Nigeria Limited and Board Member of the Foundation, Muktar Tolani Shagaya, who said: “The foundation has been established to support the small scale business owners, cater for the less privileged, needy and the vulnerable in the society. When the Foundation started the initiative in the year 2015, a lot of people argue that this is almost an insignificant amount of money in today’s Nigeria. But the truth is that, this gesture has been a live saver for many indigents inhabitants in not just only in the countryside but even at the sub-urban communities.The foundation hopes to sustain the philanthropic gesture and extend it to other states of the federation in the foreseeable future”. He assured the masses that, by God’s grace, “Irorun De!”

While speaking to the newsman, the Director General of the Foundation, Alhaji Muftau Akanbi Oke said, “starting a business in Nigeria is sometimes a very difficult venture; from governmental policies to the huge startup costs needed to establish a lot of businesses, it sometimes becomes a herculean task for people in the low earning bracket to start or maintain their own businesses. Many a time, the pepper sellers, the groundnut sellers and many other petty traders are the bread winners of their respective families and the eventual amount using for the business would be lesser than twenty thousand naira, thus supporting them with our empowerment program goes a long way. In fact, the initiative is widely accepted thereafter as we can see the Federal Government and many other states in the country championing the social investment funds for the small scale business owners”.

In her reactions to the philanthropic gesture, Mr Muritala Ayedun, one of the beneficiaries, was quoted as expressing her gratitude to the foundation for its timely intervention, “best wishes for the continued success and generosity of the Salman Shagaya Foundation. You make big positive impacts on the lives of people in need”.

Another beneficiary registered her appreciation by saying, “we cannot thank you enough for your support. The generous empowerment program would be put towards a business that provides us livelihood and freedom of movement throughout our home”, Adama Yinusa.