The King and the Northern Kins: a Story of Intentionality 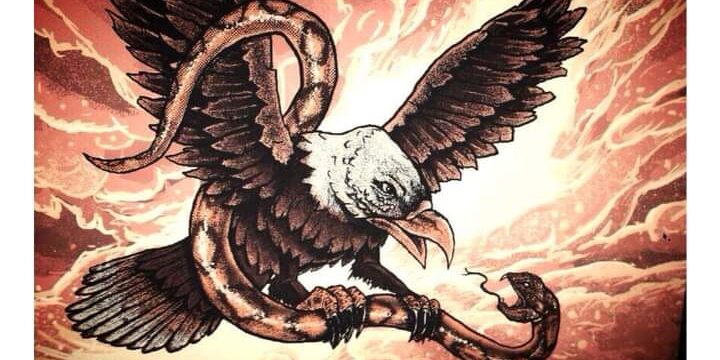 Long, long time ago, a King invited his Northern kins who were opposed to his throne for a feast. This feast was aimed at uniting himself with his other aggrieved Northern brothers. Because of the size of the feast, the kitchen was set up in the open area of the palace.

While cooking on the day of the feast, an eagle flew over the cooking area with a snake clutched in his claws. The snake who was clutched in the eagle’s claws spit out poison to free it self, unfortunately, a few drops of the poison got mixed in the food which was being prepare for the feast.

No one noticed, and the food was served. As a result, all the Northern kins of the king who came to feast died of poisoning. The king was sad and all the palace council genuinely mourn their death.

What you sow, you shall reap is a common adage in the community, so, this case was brought to the wisest man as to whose account the Karma of this grievous act would be recorded.

1. The King – who never intended to poison his brothers.

2. The Chef – who didn’t know that that food got poisoned.

3. The Snake – who spit poison in self defence.

4. The Eagle – who flied over the king’s palace holding a snake just to have a daily bread.

For many days, the case remained unsolved and the wisest man continue to meditate.

Days later, the wisest man and his followers were walking along the market road when they overhead a woman telling a Northern man to flee the community at once, saying; just last week, the King invited your Northern brothers and killed them all. Flee for your life or you would suffer the same faith.

READ ALSO:  Is Money The Issue?

The wisest man turned to his followers and said, when a man committed a sinful act, he is either motivated by something or motivated to achieve something. Most times, a sinful act is a direct reflection of one’s intention.

In the case of the poisoned Northerners, the King, the Chef, the Snake and the Eagle has no intention to ensure the death of the Northerners, hence, they are all absolved of the Karma.

However, the woman who knew nothing about the intention of those involved and have narrated the story as though she knew, in a way that has slander an innocent man, would be deemed suitable to be punished with the Karma of the sin she knew nothing about.

Four days ago, in Kwara State, a library that was named after a man was demolished, on the surface, it seems wrong, hence, the Karma of this wrongful deeds should be written on the account of someone.

The question is this, on whose account will the Karma be written?

1. The man who cited dilapidation as the reason for demolition?

2. The son of the honoured man who himself may have attempted to destroy the legacy of his predecessor?

3. The daughter of the honoured man who may have left the library unattended to?

4. The masses who are narrating the event in a way they know nothing about in a bid to pull someone down?

However, the unguided masses who are quick to leap before they look and who are always queuing behind the same people who have impoverished them would be judged and may remain in the chains they have helped their oppressors to forge.

My humble advise to His Excellency is to renovate the library or build the ICT centre as rumoured and retain the name of the man to which the honour was given.

You can reach him via: