The Story of Truth & Lie 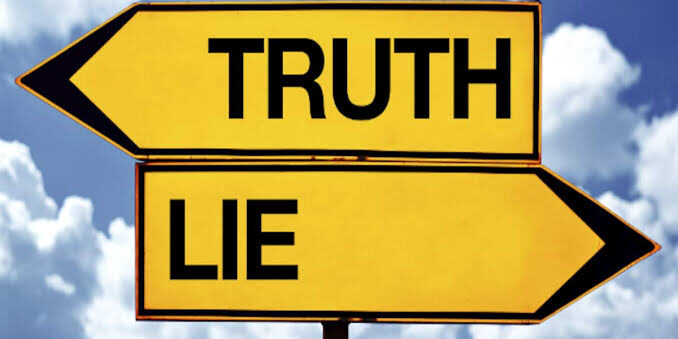 I often find myself fascinated with the intricacies of how we perceive the truth; how we are willing to accept the truth or reject it in order to give ourselves peace of mind when confronted with inconvenient realities. It seems we as a society have become experts (whether it be consciously or subconsciously) in deconstructing what we know are factual truths and then reconstructing them to be more appropriate, more righteous, and even more politically correct. We perform mental gymnastics; accepting certain aspects of a factual reality, while omitting or outright rejecting other aspects of that same reality in order to drive home a point we want to make.

In our contemporary society today, we have redesigned new regalia for truth as bad omen and every moment why is for the lie to shine. Across the street; you hardly perceive the scent of truth as it has been overshadowed by the stinking and pathetic lie. Talk about leadership and you will see conspicuously, the overbearing mode of engraving truth with resounding rebirth of arrant lies. One cannot skip the poor stunt from the followership as they want decorated lies and embrace impunity.

Why do we do this? Why have we become so good at it? A stranger recently told me a story which seemed to make the answer to these questions quite clear. The story goes something like this: 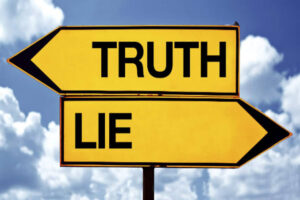 One day a man named Truth and a man named Lie stood by a river just outside of town. They were twin brothers. Lie challenged Truth to a race, claiming he could swim across the river faster than Truth. Lie laid out the rules to the challenge stating that they both must remove all their clothes and at the count of 3, dive in to the freezing cold water swim to the other side and back. Lie counted to 3, but when Truth jumped in, Lie did not. As Truth swam across the river, Lie put on Truth’s clothes and walked back in to town dressed as Truth.

He proudly paraded around town pretending to be Truth. Truth made it back to shore, but his clothes were gone and he was left naked with only Lie’s clothes to wear. Refusing to dress himself as Lie, Truth walked back to town naked. People stared and glared as naked Truth walked through town.

He tried to explain what happened and that he was in fact Truth, but because he was naked and uncomfortable to look at, people mocked and shunned him; refusing to believe he was really Truth. The people in town chose to believe Lie because he was dressed appropriately and easier to look at. From that day until this, people have come to believe a lie rather than believe a naked truth.

The moral of this story, and how it applies to modern day society, is that we often either consciously or subconsciously reject certain truths in our personal lives or in the world around us for the sake of our peace of mind. These truths may be in our personal lives: financial issues, relationship issues, struggles with our faith, addiction problems; they are all areas where we often turn our back to the cold hard truth, even if it’s at our own peril.

We’ve also seen this in public society as well. Our country is brutally divided among ideological lines on every front. We are, unlike what our forefathers did to make this nation work, more divided and apart than how United and close today. We believe not in the truth that our value and culture should be embraced rather than the western culture we flaunt.

People can be presented with irrefutable yet inconvenient truths regarding societal issues including terrorism, global warming, race relations, cultural differences, and countless other issues, but they shun those truths and decide instead to believe the well dressed lie, especially if it benefits their agenda or idealistic narrative. The story of Truth and Lie swimming in the river may answer why we do this to ourselves, but what it doesn’t answer is when and if we will ever learn from it.