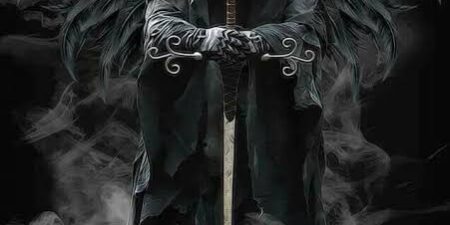 A hunter, who was terribly poor, was one day walking through the forest in search of food. Coming to a deep hole, he found there a leopard, a serpent, a rat, and a man. These had all fallen into the trap and were unable to get out again. Seeing the hunter, they begged him to help them out of the hole.

At first he did not wish to release any but the man. The leopard, he said, had often stolen his cattle and eaten them. The serpent very frequently bit men and caused their death. The rat did no good to any one. He saw no use in setting them free.

However, these animals pleaded so hard for life that at last he helped them out of the pit. Each, in turn, promised to reward him for his kindness—except the man. He, saying, he was very poor, was taken home by the kind-hearted hunter and allowed to stay with him.

A short time after, Serpent came to the hunter and gave him a very powerful antidote for snake-poison. “Keep it carefully,” said Serpent. “You will find it very useful one day. When you are using it, be sure to ask for the blood of a traitor to mix with it.” The hunter, having thanked Serpent very much, took great care of the powder and always carried it about with him.

The leopard also showed his gratitude by killing animals for the hunter and supplying him with food for many weeks.

Then, one day, the rat came to him and gave him a large bundle. “These,” said he, “are some native cloths, gold dust, and ivory. They will make you rich.” The hunter thanked the rat very heartily and took the bundle into his cottage.

After this the hunter was able to live in great comfort. He built himself a fine new house and supplied it with everything needful. The man whom he had taken out of the pit still lived with him.

This man, however, was of a very envious disposition. He was not at all pleased at his host’s good fortune, and only waited an opportunity to do him some harm. He very soon had a chance.

A proclamation was sounded throughout the country to say that some robbers had broken into the King’s palace and stolen his jewels and many other valuables. The ungrateful man instantly hurried to the King and asked what the reward would be if he pointed out the thief. The King promised to give him half of the things which had been stolen. The wicked fellow thereupon falsely accused his host of the theft, although he knew quite well that he was innocent.

The honest hunter was immediately thrown into prison. He was then brought into Court and requested to show how he had become so rich. He told them, faithfully, the source of his income, but no one believed him. He was condemned to die the following day at noon.

Next morning, while preparations were being made for his execution, word was brought to the prison that the King’s eldest son had been bitten by a serpent and was dying. Any one who could cure him was begged to come and do so.

The hunter immediately thought of the powder which his serpent friend had given him, and asked to be allowed to use it. At first they were unwilling to let him try, but finally he received permission. The King asked him if there were anything he needed for it and he replied, “A traitor’s blood to mix it with.” His Majesty immediately pointed out the wicked fellow who had accused the hunter and said: There stands the worst traitor for he gave up the kind host who had saved his life.” The man was at once beheaded and the powder was mixed as the serpent had commanded. As soon as it was applied to the prince’s wound the young man was cured. In great delight, the King loaded the hunter with honours and sent him happily home.