What is great about Dani Alves 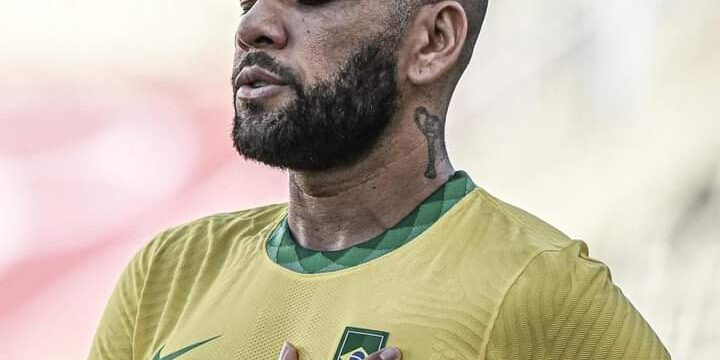 •Dani Alves is not a successful player: the feedback from real life experience

Records are meant to be broken. It is a famous saying, but whoever said it has perhaps not been privy to these football records. Certain records are meant to stand the test of time, immortalised in their glory and accomplishment. These are records that would require superhuman efforts to break, the kind that regular players would even shudder to think of.

Anyone who belongs to soccer confraternity, as from the last two decades, would have noticed special breeds and rare talent amongst the football players. The invincible era of Arsenal FC of English Premier League is still, till today, leading the log; no team has surpassed the (un)breakable record set by the ‘real Gunners’ (lol) in the year 2002/3 season. It is worrisome seeing great Red Devils struggling to catch up with Top four in the recent past while Money Bags Chelsea and Manchester City jostling around the available banks only to come in second fiddle. However, Arsenal seems to be unaware that the euphoria and jubilation period had elapsed the following morning — they are still banging on delusional and long faded glory.

Till date, Inter Milan 2009-10 treble looks magical than ever. A special gem in the team was legendary Samuel Eto’o who was coveted to Barcelona Hall of Fame in the immediate past year after winning treble also. These are records that need to be broken based on rarity. The Almighty Bayern Munich, Paris St Germain and Juventus teams in Euro Top Flight Leagues’ dominance cannot be overemphasized — the feat would be difficult to rewrite by any top flight team in their respective league. 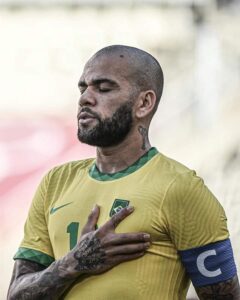 From 1955 to 1960, Real Madrid went on a rampage, destroying teams en route to their five consecutive European Cups. It is from this their obsession with the Champions League stems. During those five years, Madrid enjoyed a stranglehold over European football unlike any other and set them on their path to become the greatest European side ever. The European Cup’s modern equivalent, the Champions League, has yet to be defended even once. Forget five times; teams can’t even manage to win it thrice continuously. Even distinctly powerful teams like Manchester United, Barcelona and Bayern Munich have failed.

This record is immortal and will never be broken.

Just most recently, in football world, Dani Alves cemented his place at the top of football’s honours list with Olympic gold in Japan. Brazil’s victory over Spain in the Olympic football final in Tokyo added yet another title to the right-back’s illustrious trophy cabinet, which currently boasts an incredible 43 major honours:

Alves has cemented his place in sporting folklore as the most decorated footballer of all time. Greatness. Success. Legendary.

On the flipside, disheartening news and reactions trail the airwaves as many burnt hearted individuals are debating his uncommon greatness while liking him to ordinary player since no record FIFA WORLD CUP in his trophy cabinet. What a way human reasons!

It has, since then, down on me that, no matter what you posses in goodness, human beings would still figure out what you lack — trying to discredit your ingenuity and greatness. You cannot satisfy man and it is important to live your life by not allowing man to dictate your happiness and self-esteem.

If he is to win next World Cup, the next debate would be, Why not Ballon D’Or ?! Or funnily, He should try English Premier League and test whether he wins at least Community Shield (lol).

In essence, What is great about Dani Alves? Dani Alves is not a successful player is just tantamount to the feedback from real life experience. No matter what you do to please people, some would still shed crocodile tears against you.

AFRICAN PROVERB: “Even If you dance in water, your enemies will still accuse you of causing dust”.

Some people seem only good at finding faults with others. They find fault with everyone except in their own life. They are judges for the faults of others and lawyers for their own faults. It is not that they don’t see the good, buy that they refuse to acknowledge or much more celebrate the good —they are willfully blind! Faultfinders will always have something bad to say about you. Even if you walk on water, they will accuse you of not being able to swim.

When people want to leave your life because they see some flaws in you, don’t beg them to stay. Let them go! Don’t get me wrong, they may good. But sometimes, you have to let the good people who want to leave your life go, in order for better people to come. There are basically three causes of faultfinders syndrome: pride, jealousy, and insecurity. A person who is always finding fault with people is either too conceited to celebrate others who are better or is envious of other people’s life or wants to pull others down in order to feel good about themselves. Don’t waste your time trying to please or change them. The truth is you cannot. Giving them attention will only fuel their actions. Ignore them and move on in life! Be moving!